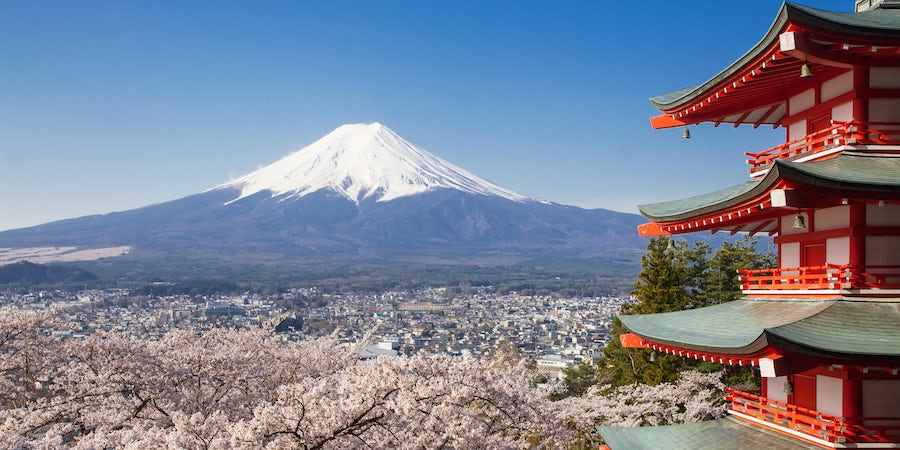 The number of UK cruise passengers now makes up 10.8 percent of the total number of UK visitors to Japan. And the UK is now the third largest cruise market to Japan from the west, with only the US and Australia larger.

Speaking at a cruise forum at this year’s Abta Convention in Tokyo, Roberts said: “There’s definitely huge growth in the destinations within Japan, in terms of the different islands.

“There’s more than 40 different destinations in Japan, so there’s a huge choice of either very concentrated Japan cruises or cruises where you take in a greater part of Asia.”

He added: “We send more people to Asia than we do to the Caribbean, which is pretty amazing considering how many people from the UK want to go on a Caribbean cruise.

“This happened from about two years ago. If you’ve been to Europe, you’ve been to the Caribbean and you’re looking at where to go next, coming to explore Asia but with the safety net of a cruise is a fantastic way to do it.”

Part of this huge increase is due to Japan currently hosting the Rugby World Cup and next year the country will get a further boost when it hosts the 2020 Olympic Games.

Royal Caribbean’s UK managing director Ben Bouldin said: “The Royal brand has a large number of ships on a permanent basis all around Asia now.

“We don’t homeport yet in Japan, but we are increasingly stopping in Japan and who’s to say that won’t change in the future?

“Our newest ship Spectrum of the Seas is based in China, however during the 2020 summer season she will be doing overnight stays in Tokyo.”

Royal Caribbean has three of its Quantum-class ships based in the region – Quantum of the Seas, Ovation of the Seas and Spectrum of the Seas, which called in at Tokyo on Saturday, ahead of the Convention.

“From a UK point of view, less than one percent of my guests come to Asia, which is still a reasonable number of passengers, but the opportunity is vast.

“As a business we are investing in Asia hugely and I can only see that growing over the coming years and having three ships here can only fuel that growth.”

Also on the panel was Peter Shanks, the UK’s managing director of Silversea. He said: “Everything we do at Silversea is about destination and there aren’t many better places than Japan to experience what Silversea has to offer.”

Michael English, Celebrity Cruises’ Head of Business Development, said: “One of the big growth areas we have seen here is cruise and stay.”

* 9 reasons why you should cruise to Japan