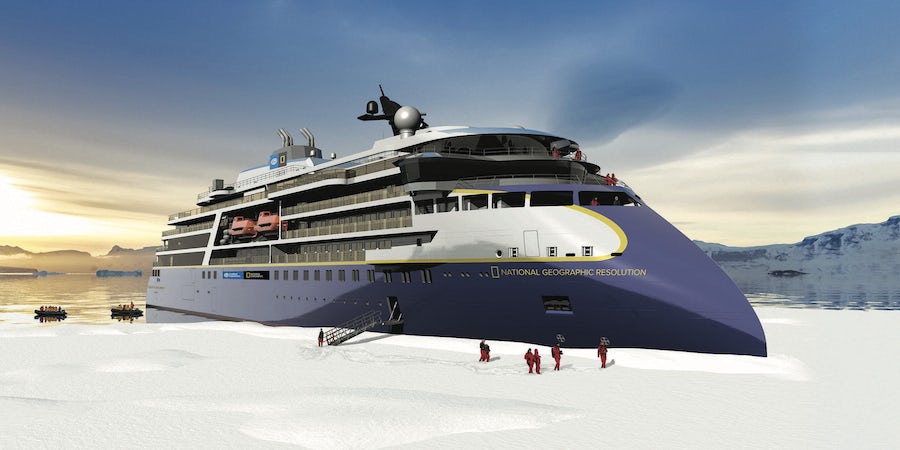 (6:40 a.m. EDT) -- Lindblad Expeditions held a double celebration -- the keel laying and official naming ceremony -- for its second polar-class ship at the CRIST shipyard in Gdynia, Poland, this week. Set to launch in 2021, the ship was named National Geographic Resolution after MS Resolution, the favored ship of Captain James Cook.

As part of the keel-laying ceremony, a coin was placed under the ship's keel for good luck (also known as a coin ceremony). A commemorative silver coin was used from 1928, that was created by the U.S. Bureau of the Mint in honor of the 150th anniversary of Captain James Cook's Hawaii landing. The rare coin is owned by Sven Lindblad, CEO of Lindblad Expeditions.

The line’s first polar-class ship, National Geographic Endurance, will debut in April 2020 with a Polar Class 5 rating, signifying its capability to operate year-round in polar regions.

Both ships will carry 126-passenger and feature an X-bow design, which provides fuel efficiency and smoother sailing.