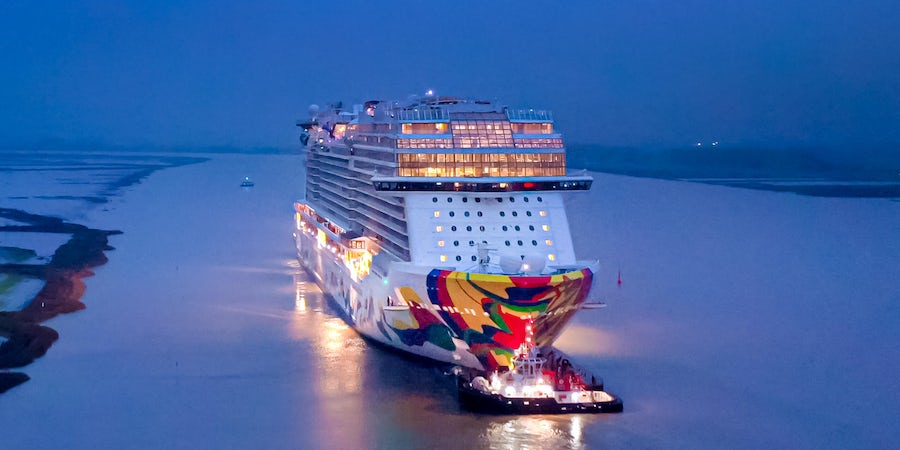 (9:40 a.m. EDT) -- Norwegian Encore, the fourth -- and final -- ship in Norwegian Cruise Line's popular Breakaway-Plus Class of ships, departed the Meyer Werft shipyard in Germany on September 30 for the final time on its way to the North Sea.

"Today we celebrate a huge milestone for our history-making ship," said Andy Stuart, president and CEO of Norwegian Cruise Line.

Norwegian Encore will be docked at a port in Eemshaven in the Netherlands, where it will undergo a series of sea trials before being delivered to Norwegian Cruise Line on October 30. The ship will officially be named on November 21 in Miami by godmother Kelly Clarkson.

The ship will feature the line's longest go-kart race track, an Atlantis-themed outdoor laser tag arena, a 10,000-square-foot virtual reality arcade, a full-scale production of the Broadway musical "Kinky Boots" and the first at-sea location of the land-based Scarpetta restaurant chain. It will also be completely plastic bottle free.