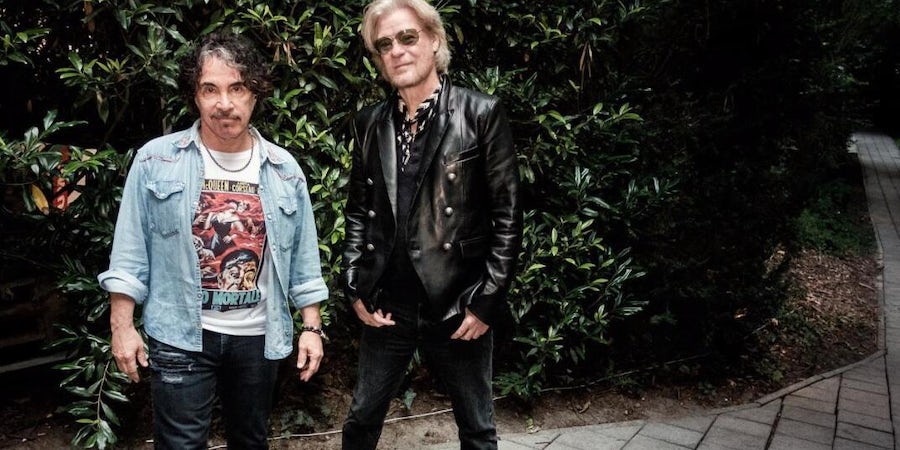 Departing November 2, 2019 from Miami, this special cruise features calls on Philipsburg, St. Maarten; San Juan, Puerto Rico; and an extended 8:30 a.m. to 7:00 p.m. stop at Perfect Day at CocoCay. The commemorative cruise celebrates the 50th anniversary of Royal Caribbean’s founding back in 1969.

Daryl Hall and John Oates, best known for their songs Rich Girl, Kiss on My List and others from the 70s and 80s,  are the first headliners to be announced for the weeklong Caribbean cruise. The line says that the one-time sailing, will be “packed with special events, surprise guest performers, a call on Perfect Day at CocoCay, and much more in store.”

In addition, the itinerary for this voyage includes a total of three days at sea, plenty of time to explore Symphony of the Seas’ numerous onboard entertainment venues, dining options, and bars and lounges.

The addition of Hall and Oates is appropriate: the duo formed right around the same time as Royal Caribbean.

The line has come a long way in its 50-year history. Royal Caribbean’s first ship, Song of Norway, was constructed in 1970 as one of the first modern, purpose-built cruise ships in a time when most lines were repurposing older ocean liners and pressing them into cruising service. The ship – which measured 637 feet in length and clocked in at 22,000 gross tons – would look like a toy next to the 228,021 gross ton Symphony of the Seas, which stretches nearly twice as long as Song of Norway at 1,184 feet.

The commemorative Birthday and Presidents Cruise is part of Royal Caribbean’s “50 Years Bold” celebrations to recognize this major milestone in the company’s history.