You may also like
Dismiss
Coronavirus: Updated Cruise Ship Policies and Cancellations Because of COVID-19 (2021)
Maine Opens to Overnight Cruises, Negative COVID-19 Test Required
World's First Big Ship Cruise Line to Resume Operations
In Industry Step Forward, CDC Seeks Public Comment On Cruise Resumption
What Happens to Cruise Ships During the Pandemic's Hurricane Season?
Rolling Out the Deals: Why Now Might Be a Great Time to Book a Cruise
Photos From Paul Gauguin: Cruising Has Resumed In Tahiti
CDC to Make Masks Mandatory in Cruise Terminals, Cruise Ships in the U.S.
Royal Caribbean Poised to Restart Cruise Operations at Labadee
Disney Wish To Feature New Onboard Entertainment Firsts from Disney Cruise Line 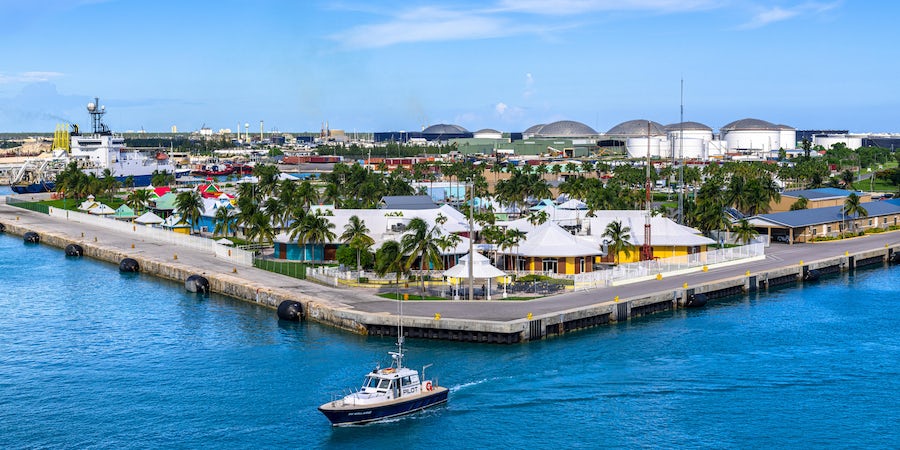 The line, which has been busy aiding humanitarian efforts on Grand Bahama after Hurricane Dorian caused widespread destruction across the Bahamas, will be sending resuming its two-night sailings from Palm Beach, Florida to Freeport on its 1,502-passenger cruise ship, Grand Celebration.

Additionally, the line will also be sending its second ship, the 1,680-passenger Grand Classica, to the Bahamas starting on October 12. Grand Classica will inaugurate a new destination for Bahamas Paradise Cruise Line when it resumes service, with sailings calling on Nassau as a result of customer feedback.

Like the line’s sailings to Freeport, cruisers headed to Nassau aboard Grand Classica will have the option to participate in the company’s Cruise & Stay Program that adds a hotel stay in Nassau, followed by a return to Palm Beach aboard the ship.

“After ongoing discussions with the Bahamas Ministry of Tourism, we are thrilled to have been given official approval to resume leisure cruises to Grand Bahama Island, as well as to introduce Nassau as a second destination for our guests,” said Oneil Khosa, CEO of Bahamas Paradise Cruise Line.

“Tourism is the most important industry in the Bahamas, and we all know the lifeline it brings to residents across the islands.  While we remain focused on providing aid to our friends and family on Grand Bahama Island, we also know that returning to a traditional sailing schedule will make an incredibly positive impact. After hosting two successful humanitarian sailings, we are excited to bring our guests back to the Bahamas.”

Following Hurricane Dorian, Bahamas Paradise has been sending Grand Celebration on humanitarian aid cruises to Grand Bahama Island. The cruise line is offering Bahamians who are currently in the United States as a result of Hurricane Dorian special one-way fares back to Freeport aboard Grand Celebration at just $105 per person, starting with the line’s September 27 departure.

The line notes it will continue to deliver donated supplies from its warehouse in Florida to Freeport during future sailings.