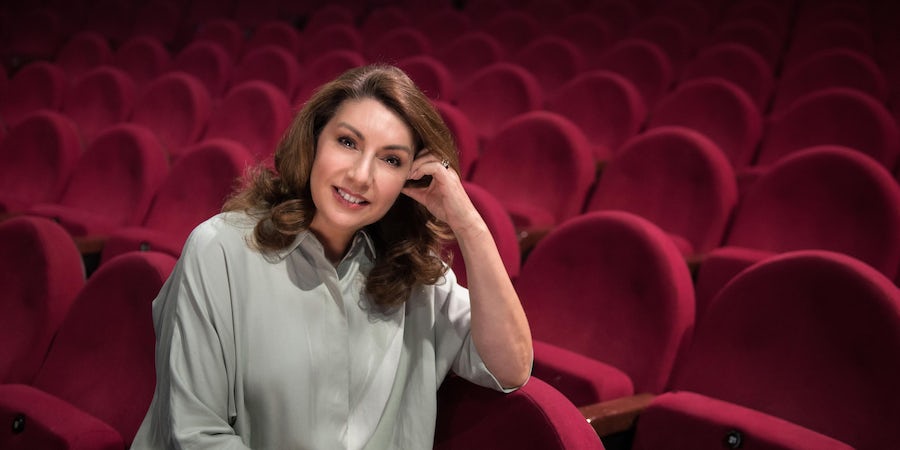 (12:15 a.m. BST) -- None other than Jane McDonald herself has confirmed a seventh series of her Bafta-award winning show, "Cruising with Jane McDonald".

In an exclusive interview with Cruise Critic, Jane confirmed a seventh series would be broadcast on Channel 5 toward the end of the year.

Filming for the show has been going on all year, with the last segment to be completed in the next few weeks, as her tour is paused now until December.

The sixth series, which ended in May, featured Jane in India on Uniworld and on the Douro in Portugal with Emerald Waterways.

Speaking to Cruise Critic in Ipswich, ahead of her penultimate show, Jane said: "We're just filming the last bit of it. We've been filming it all year in between the shows. I know it's coming out over the winter, but I can't really say much more."

Cruisng with Jane McDonald: Everything you need to know

Cruise Critic can confirm "the last bit of it" will be on Jane's favourite line -- Silversea -- in the Adriatic. Jane last sailed on Silversea in Series 5, when she travelled on Silver Muse from Valparaiso, Chile, to the Falkland Islands.

She wouldn't share details on where else this series will take place, but she did reveal where she’d still like to go: "I got one of those apps -- 'where you've been' -- and I've done 57 percent of the world now, so there's still an awful lot of the world I haven't done yet. So I'd like to do Hawaii, South America…."

When asked whether she would like to cruise the Amazon she replied: "You never know, do you…?" hinting that it might appear in the next series.

In terms of what she will be getting up to, she wouldn't be drawn on specifics but said she will definitely be doing more active excursions.

She said: "I am getting like GI Jane -- they keep throwing things in for me to do, and I do a lot of things that a woman my age probably wouldn't be doing! But the production team are like: 'Go on -- have a go -- you've got another series coming up’."

•Stay tuned for our full, exclusive interview with Jane McDonald only on Cruise Critic, where Jane gives more details on next year's "Sail Away With" cruise; how she felt winning the Bafta for "Cruising With Jane McDonald" and what ship she'd like to sail on next.