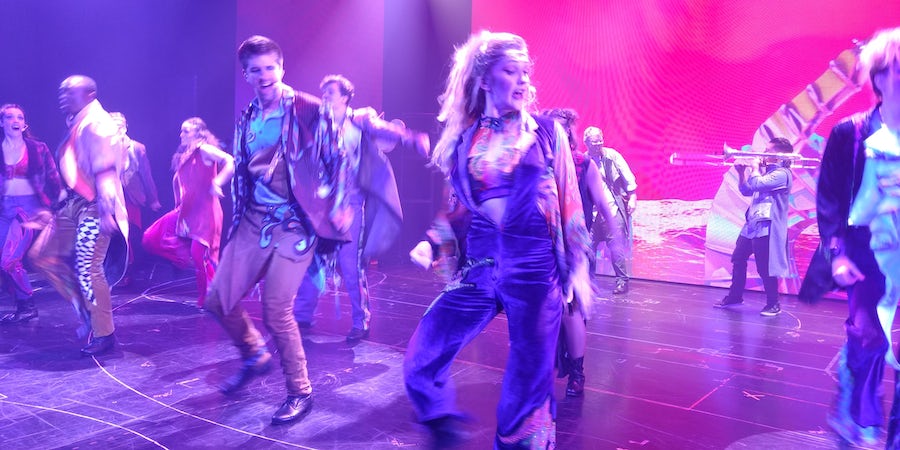 Launching aboard Carnival Panorama's inaugural voyage on December 11, 2019, "Rock Revolution" and "Broadway Beats" will be featured in the ship's Liquid Lounge main theatre. Inspired by talented directors and choreographers from Los Angeles, Broadway and London's West End, these two all-new productions will employ "dancing drones" that interact with the music and performers of each show to add a unique element to the ship's overall production show experience.

"When planning Carnival Panorama's Playlist Productions shows, we challenged ourselves to think more creatively than ever before to find ways to 'wow' both our longtime guests and those sailing with us for the first time," said Kerry Stables, creative director of Carnival Productions. "From performing drones to new music genres and a keen attention to costuming, decor and theme details, these shows prove how innovative our productions have become and raise the bar on our offerings in a fun, creative and unique way."

Both new shows will be exclusive to Carnival Panorama.

In "Rock Revolution," tribute is paid to the music of Woodstock and the Summer of '69. Brought to life by acclaimed artistic director Jonathan Tessero and choreographer Rudy Abreu of "So You Think You Can Dance" fame, the show features a horn trio and a three-member rock band playing illuminated LED-interactive drum sets while dancing drones fly overhead. Carnival describes the show as "a reimagined concert tribute with a modern twist."

"Broadway Beats" follows a band of entertainers as they immerse themselves in the neighborhoods of New York, brought to life using hyper-realistic LED screens. Broadway Director Peter Flynn and choreographer Marcos Santana take the helm, mixing city rhythms and electronic dance music with a trip through Manhattan and new interpretations of some of Broadway's greatest hits.

The new productions will join other Carnival favorites -- including "Soulbound," a gothic-inspired show with R&B classics; and "Celestial Strings," a classical music journey through the sounds of rock and pop -- onboard Carnival Panorama.

Carnival Panorama will be the largest Carnival ship on the West Coast since the arrival of Carnival Splendor in 2009. It will also be the first to debut in the region in two decades, following the 1998 launch of Carnival Elation from Long Beach.