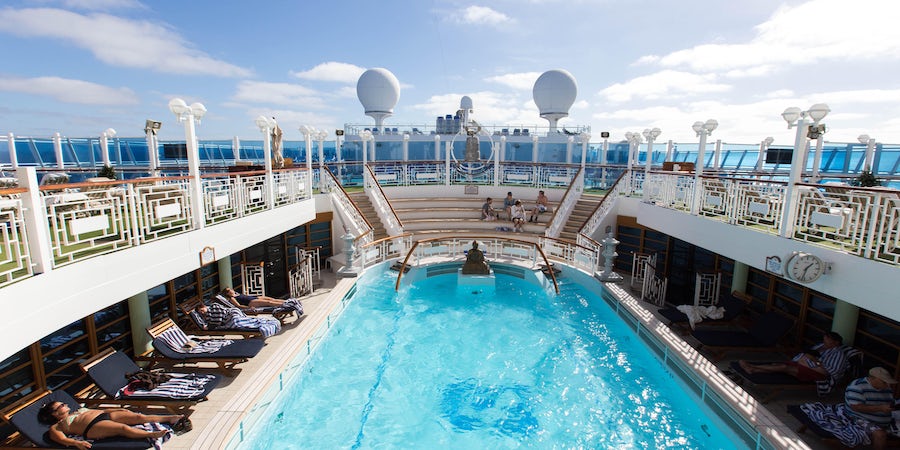 The 3,080-passenger vessel will appear in an episode of "Monster Ships" on UKTV's Yesterday Channel which will provide a behind-the-scenes look at the workings of a cruise ship. The programme follows Crown Princess as it sails on a 10-day Caribbean round-trip cruise from Fort Lauderdale visiting islands including Princess Cruises' private Bahamas resort, Princess Cays.

The programme will provide an insight into the day-to-day life of the 1,200 crew members and what it takes to maintain the ship's 17 restaurants and bars, round the clock room service, four swimming pools, passenger entertainment and more than 1,500 cabins.

The cruise line is no stranger to TV as its ships Regal Princess, Royal Princess and Majestic Princess appeared in the long-running ITV fly-on-the-wall series "The Cruise".

Commenting on the latest TV show, Tony Roberts, vice president Princess Cruises UK and Europe, said: "We're delighted to see Princess Cruises once again feature on the small screen, this time providing viewers with a rare onboard glimpse behind-the-scenes. The Crown Princess episode of "Monster Ships" is recommended viewing for anyone with an interest in the incredible mechanics and logistics of a cruise ship, or who wants to see the premium guest experience we offer on one of our stunning Caribbean sailings."

Viewers can experience the ship for themselves when it sails out of the U.K. in 2020 on a series of voyages to the Mediterranean and northern Europe.

The hour-long documentary on Crown Princess will be broadcast on Thursday, October 3, at 8 p.m on UKTV's Yesterday Channel.