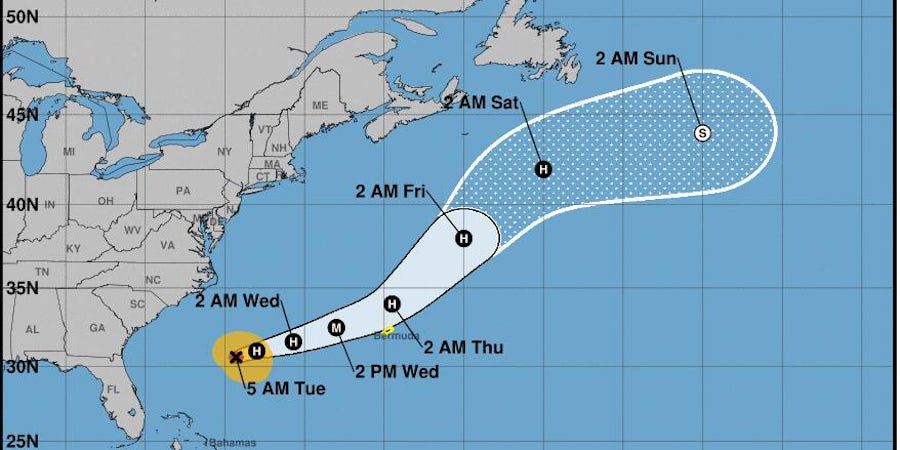 (Updated September 19, 8 p.m. EDT) -- Carnival Cruise Line has rerouted two ships away from Bermuda due to Hurricane Humberto and Royal Caribbean will be leaving the island early Tuesday to avoid the Category-1 storm that is slowly making its way toward the island.

The storm, which has sustained winds of 90 miles per hour (150 km/h), is about 595 miles away from Bermuda and is expected to reach the north side of the island Wednesday night as a Category 3 Hurricane.

The National Hurricane Center has issued a tropical storm watch for Bermuda with the NHC warning Tropical Storm conditions are possible over Bermuda by late Wednesday.

As a result, Carnival Cruise Line has altered two itineraries for ships that were scheduled to be in Bermuda from Wednesday, September 18 to Friday, September 20.

Carnival Sunrise, which departed New York City on September 16 visited Charleston, South Carolina on September 18, then spent an unscheduled day at sea. The ship was due to visit Bermuda on Friday, September 20 but has since canceled the call due to rough ocean conditions from the hurricane, and will instead head back to New York, returning as scheduled on September 22.