You may also like
Dismiss
Just Back From: A Bravo Cruise of the Performing Arts
Musings on Silver Muse: Why This Luxury Cruise Ship Suits Australians
Live From The 80s Cruise: Why A Music Theme Cruise is the Best Party at Sea
Cruise Critic Members React to Royal Caribbean’s Decision to Pull Independence of the Seas From the UK
Virgin Voyages Confirms New Cruise Ship Scarlet Lady Will Call in at UK Next Year
New Carnival Dress Code Bans Clothes With Offensive, Hateful Messages
One Month In: Nearly 2,500 Comments on Cruising Restart Submitted to the CDC
Royal Caribbean Reports $1.3-Billion Loss, No Word on Cruise Return to Service
Cruise Critic Member Reports Live From First Royal Caribbean Singapore Cruise 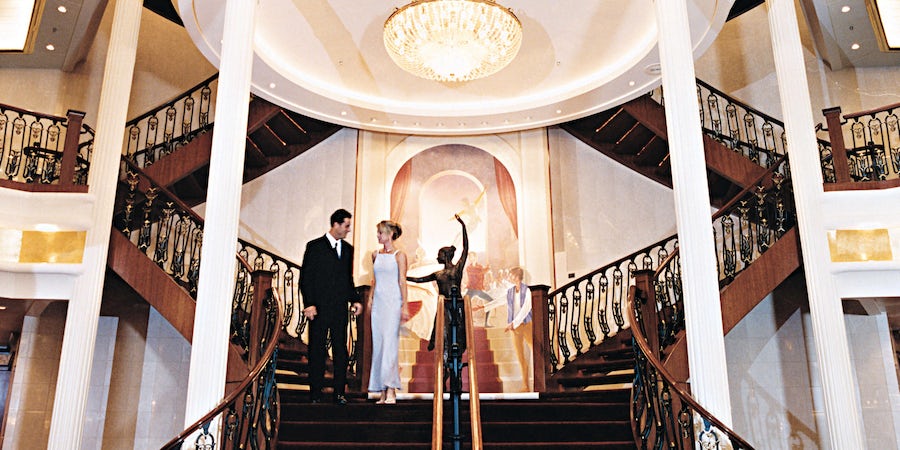 (5:13 p.m. EDT) -- After much debate on Cruise Critic's message boards, Royal Caribbean has confirmed that formal night is still alive and well on its longer sailings.

Recent Cruise Compass daily programs from a sailing on Harmony of the Seas noted "wear your best" as a dress code option on at least one night during the voyage -- a type of dress normally reserved for shorter sailings on which there are no formal nights.

According to a Royal Caribbean spokesperson, the wording in the Cruise Compass programs on Harmony of the Seas was "a misprint." Royal Caribbean also confirmed that all sailings of six nights or longer still offer formal nights.

According to the line, sailings of five nights or fewer will replace formal nights with a "wear your best" evening onboard.

The line's description of "wear your best" says: "Nighttime's the right time to wear your best look. That means a step up from your typical dinner wear, and includes collared shirts, dresses, skirts, blouses and pantsuits. Jackets, tuxedos/formalwear sports coats and blazers are also appropriate."

Readers are split on the move, with some applauding the decision to do away with formal night, while others reported that dressing up was one of the things they looked forward to on a cruise.

Some suggested that, other than a new terminology in the Cruise Compass, little would really change.

"I don't think 'formal night' has really been formal for some years now," said member island lady. "Some still dress up; some dress very much down. It's pretty much 'wear what you want' anyway."

Some, like cruisegirl1, lamented the overall state of dress in the main dining rooms: "I think it's hilarious that 'wear your best' includes wearing a shirt with a collar! Boy has the bar gotten low."

Member danv3 noted the confusion that the name change brings up: "I see on Mariner of the Seas that the 'dress code' for other nights is 'Laid Back Lounge.' What is that supposed to mean? Why does Royal always make the dress code harder than it needs to be? The dress code is 'wear whatever you want.' Stop trying to be cute and just say that!"