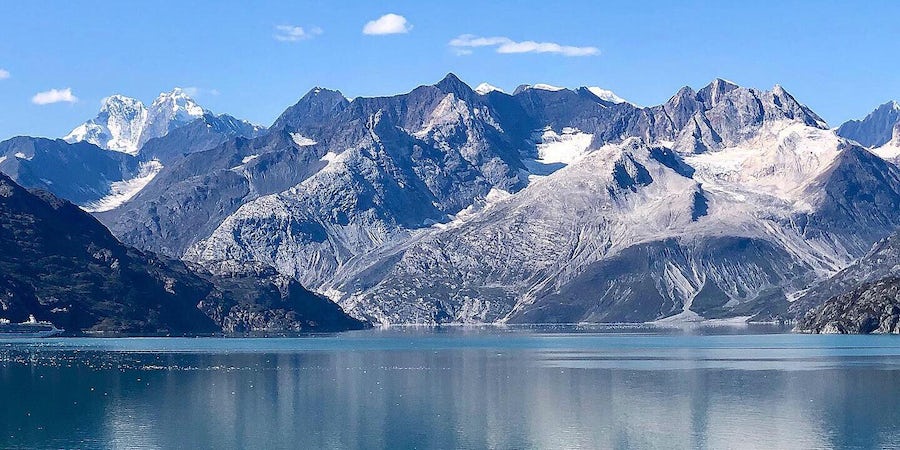 Who knew that the new route would turn into such a centerpiece for the line? Fifty years later, Princess has seven cruise ships that sail Alaska for the season, as well as five lodges and a train.

While many cruise lines go to Alaska, Princess -- as well as Holland America, also owned by Carnival Corporation -- have made the destination one of their specialties. In 2019, the line has more capacity in Alaska than it's ever had before.

We're currently onboard Royal Princess on the second week of an Alaska cruise tour that included visits to Mt. McKinley Wilderness Lodge in Talkeetna and the Denali Princess Wilderness Lodge near Denali National Park. Experience in a region does make a difference; we're impressed with how seamless the trip has been.

In celebration of the line's 50th birthday, here are some of the benefits of choosing Princess for your Alaska cruise:

The lodges are impressive.

This isn't our first time on an Alaska cruise tour; we took one with Holland America Line five years ago. What's notable about Princess is that the line has five lodges that it uses throughout the state (HAL, by contrast, only has one lodge in Denali and puts people up in hotels during their trip.)

Alaska is a destination where you want to feel like you're away from it all, and with its lodges, Princess delivers.

So is the train.

Again, Princess Cruises isn't the only line to have its own train cars on the Alaskan Railroad, but we found that the service and atmosphere with Princess was friendlier and more convivial. That was partially due to a cheerful bartender, who coaxed many of our car's passengers into early-morning mimosas and Bloody Marys. Our commentator, too, had a good sense of humor -- and also knew when to put the microphone down and let us all take in the scenery (or take a nap, as the ride from Denali to Whittier was nearly 10 hours).

Check-in is a breeze.

In Wasilla, an army of Princess organizers boarded the train and fanned out to the different cars. They came to check us onto the ship and make sure that everyone had an OceanMedallion. Alas, nonexistent Wi-Fi meant that the Medallions didn't work.

But the process made things incredibly easy once we arrived in Whittier. With all of the red tape completed, we were able to basically walk onto the ship. Best of all, the suitcase that we put outside our door at 6 a.m. was already in our stateroom. Easy peasy.

With 50 years' experience, Princess has a lock on the best tour operators around its lodges and in port. We loved the wide range of excursions available, with everything from motorcoach tours, kayaking and train rides to fishing and foodie and photography experiences. Granted, many lines offer some of the same tours, but where Princess excels is in its sheer number of options.

We also appreciated that the line has some active choices on tap. A 6-mile hike near the Mt. McKinley Princess Wilderness Lodge made us feel better about that berry pie we ate, and the scenery we saw on a 15-mile bike trip outside Skagway produced plenty of #nofilter photos.

When most people come to Alaska, they want to eat seafood. The line lets you indulge, both in the lodges and onboard. We loved the salmon chowder so much at Mt. McKinley lodge that we had it twice in one day.

Onboard, the line has "North to Alaska" offerings in its Crown Grill steakhouse and a fantastic "Taste of Alaska" buffet once per cruise that's packed with fish and shellfish of all kinds.

Finally, while the Crab Shack specialty dining experience isn't just on Princess' Alaskan ships, it's particularly popular on these sailings. For $29, it's a real bargain, considering how much king crab legs cost if you have them in a restaurant ashore. (We saw one leg going for $25 in a Skagway restaurant. At our Crab Shack meal, we had at least five.) It's only held once per cruise, so if you want to chow down on some crab, make a reservation before you board.

North to Alaska programming is interesting.

The North to Alaska program isn't just about eats. While all lines bring park rangers onboard during Glacier Bay visits, Princess has naturalists and Alaskan guest speakers come onboard to give presentations on other days, too.

On our sailing, we heard talks on otters, Alaskan native culture and winning the Iditarod. You have to watch the daily Princess Patter schedule to find these lectures, but they're worth it.

Discovery At Sea programs are themed.

All Princess ships have "Discovery at Sea" activities as part of the cruise line's partnership with the Discovery, Inc., parent company to the Discovery Channel and Animal Planet TV networks. Two activities that debuted this year include a planetarium experience and a game show called "Can You Survive?"

Unlike the planetariums on some other ships, such as Queen Mary II or Viking Ocean's vessels, the one that's put on the Princess Theater stage is a temporary blow-up structure. Fifteen people at a time can go in, lay down on padded mats and look up.

This year's show is space-centric, but we were told that the planetarium will feature a Northern Lights show on next year's Alaska sailings. The show takes about 15 minutes and is ticketed; passengers pick up the free tickets the day before. (Ask at guest services about this activity if interested, as we did not see it advertised in the Patter.)

The survival game show is on all ships, but in Alaska, the scenarios are themed to scary situations you might encounter in the Last Frontier.

We're going to give the "Puppies in the Piazza" program its own section, as it's just the cutest thing we've seen on a cruise ship in a long time.

Usually held in Skagway, the North to Alaska program features a visit from four sled dog puppies, each about 6 weeks old. Having strangers touch them is an important part of sled dog training, and from what we saw from eager cruisers, the Princess puppies will be well ahead of the curve.

Expect to stand in line for up to a half hour to spend just a few minutes with these puppers -- many of which will be asleep, because that's what 6-week-old puppies do -- but if you miss your dog back home, it's time well spent.