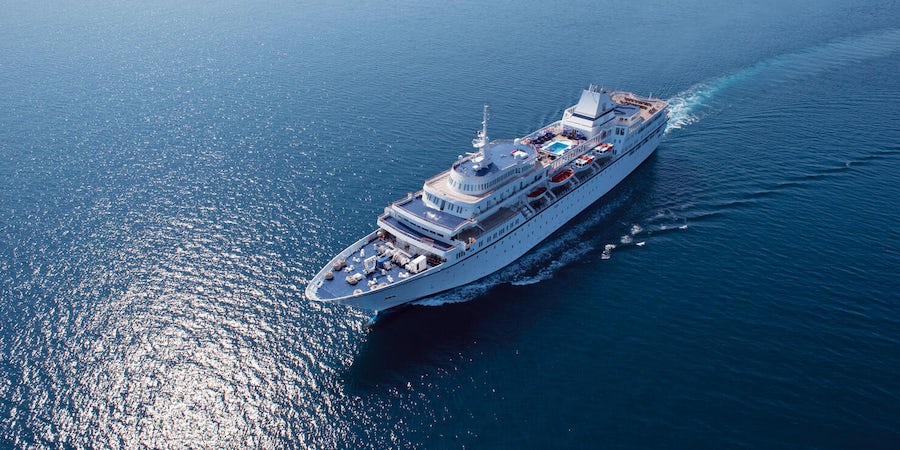 (8:30 a.m. EDT) -- Voyages to Antiquity -- the small-ship line specialising in cultural cruises to Europe, Africa and Asia -- today revealed it will cease trading at the end of next month.

The news follows the cancellation of ten sailings this summer due to engine problems affecting the company's sole ship, Aegean Odyssey.

In 2018 Voyages to Antiquity announced that the 350-passenger, 12,094-ton vessel, which was first launched as a ferry in 1973, would be chartered for three years from April 2020 to long-term partner Road Scholar.

The statement released today said the line had been looking at various options to continue the company, but the process was "severely impacted" by this April's engine failure which forced the cancellation of the majority of summer 2019 sailings.

Managing director Jos Dewing said: "Whilst we are pleased to advise that the ship has now been fully repaired and that the final four cruises of the 2019 season will go ahead as scheduled, the serious issue has had an impact on the future plans for Voyages to Antiquity and repairing the ship has been the absolute priority for management and the focus of the company during this difficult period.

"It is therefore with regret that we have taken the difficult decision to close Voyages to Antiquity at the end of October 2019, at which point our office in Oxford (U.K.) will close. It is very much business as normal until this point and we will have staff answering calls and supporting those passengers still travelling with us in 2019."

Dewing added that he wanted to thank people for supporting the line over a "very successful" decade. Following the closure date passengers will be referred to the U.S. office which will remain open.

After starting life as a ferry, Aegean Odyssey was converted to a cruise ship in 1973 and with Voyages to Antiquity sailed on culturally-rich and immersive cruises. Itineraries were marketed in the U.K., U.S., Canada and Australia and mainly attracted mature passengers interested in history. The line placed a big emphasis on single travellers with 39 cabins set aside for solo passengers.

The closure announcement has drawn sympathy and support from cruise lines on social media. Richard Twynam, managing director of Azamara, Tweeted: "This is such a shame and shows how hard the commercial world can be sometimes."