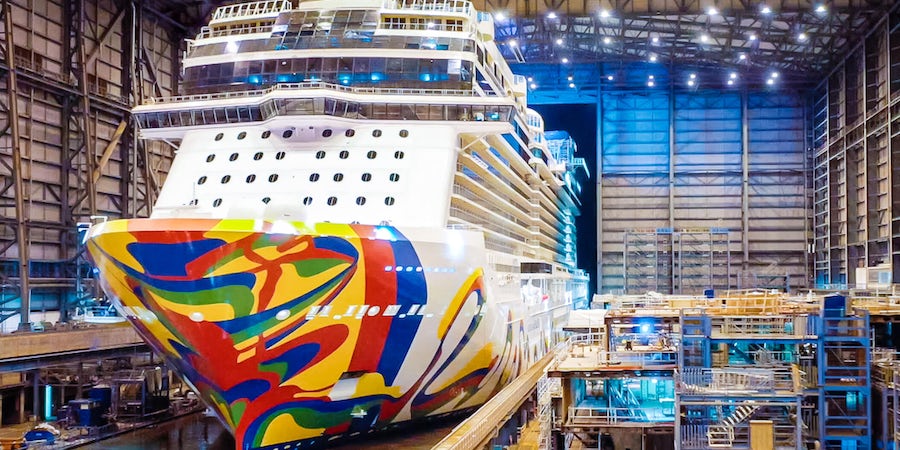 (4:35 p.m. EDT) -- Grammy Award-winning artist Kelly Clarkson will serve as godmother of Norwegian Cruise Line's newest cruise ship, Norwegian Encore. She will perform at the ship's naming ceremony in Miami on November 21, 2019, along with fulfilling all her godmotherly duties, which include blessing and officially naming the ship.

The line's president and CEO, Andy Stuart, appeared on her new show, "The Kelly Clarkson Show," to announce the naming.

"We knew we wanted someone who represents our core values," said Stuart. "Kelly is a role model who is passionate about family and community, as well as music and entertainment. These are our passions too."

Clarkson is the first woman Norwegian Cruise Line has named as godmother since the Miami Dolphin cheerleaders served as group godmothers of Norwegian Getaway. Since then, the line has bucked maritime tradition by naming men as godfathers of its last three ships.

"I am so honored to be named the godmother to Norwegian Encore, and to get to be a part of such a special ceremony to christen the new ship in Miami," Clarkson said. "I believe that surrounding yourself with the ones you love and taking time for them is important while having the most amazing and unforgettable vacation...."

Along with the announcement, Clarkson and NCL awarded 20 music educators with a one-week cruise.

The 3,998-passenger ship is the last in the line's popular Breakaway-Plus Class. It features a 1,100-foot-long outdoor go-kart race track with curves that extend over the side of the ship and a laser tag arena with augmented reality elements. It is only the second ship in the class to have the Galaxy Pavilion, a virtual-reality arcade.

The award-winning musical "Kinky Boots" will headline the entertainment onboard, while the highly-anticipated Onda by Scarpetta, an Italian specialty restaurant, will debut as one of the ship's almost 20 different onboard dining venues.