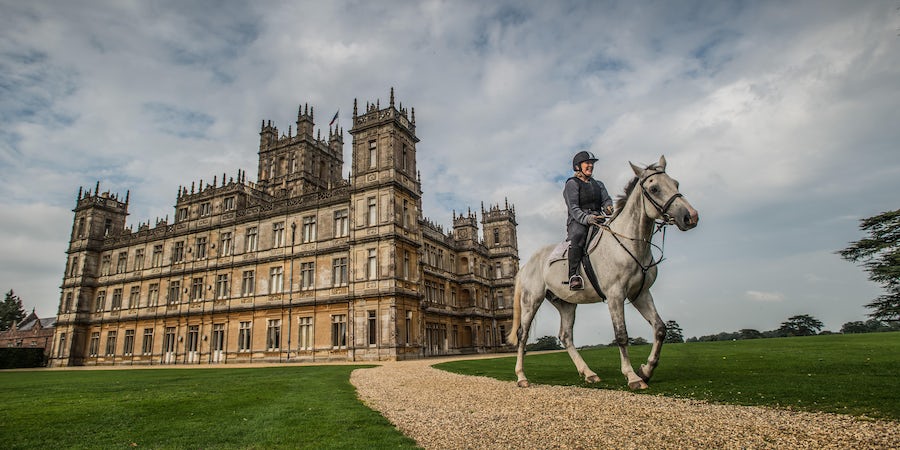 (4:50 p.m. EDT) -- Through a partnership with Focus Features, Universal Pictures and Carnival Films, Viking Ocean Cruises will soon be taking fans of the TV show and movie "Downton Abbey" on a new five-day cruise extension that puts passengers into the world of the fictional historical drama.

The extension includes a Viking's Privileged Access tour of Highclere Castle, the main filming location of "Downton Abbey" and current home to the Earl and Countess of Carnarvon, as well as visits to Broughton Castle (home of the Fiennes family and filming location for "Wolf Hall"), Chavenage House (of "Poldark" fame), Highgrove House (private home of Charles, Prince of Wales) and Bombay Sapphire Distillery.

"Many of our guests were introduced to both Viking and Highclere Castle while watching the 'Downton Abbey' series," said Karine Hagen, executive vice president for Viking Ocean Cruises. "For this reason, we are linked in the minds of many 'Downton Abbey' fans.

"Partnering for the release of the new film is a natural extension of our close relationship with Highclere Castle and our close personal friendship with the Earl and Countess of Carnarvon -- with whom we proudly created Viking's highest-rated cruise extension."

Viking's announcement of this themed cruise extension coincides with the release of the full-length "Downton Abbey" film; while the TV show "Downton Abbey" has existed for almost a decade, the movie premiered in London today, and it will become available in U.S. theaters on September 20.