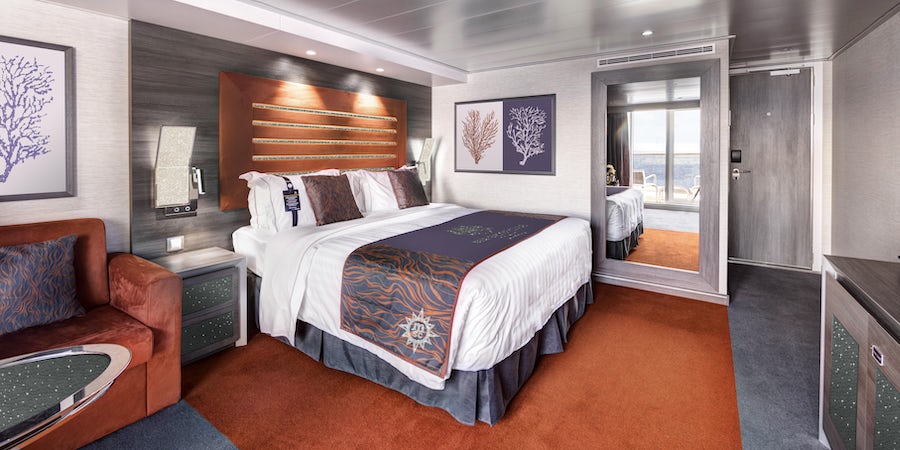 (4:05 p.m. EDT) -- MSC Cruises, already known for the glittering Swarovski-laden staircases on many of its ships, will take things one step further with the debut of the industry's first stateroom adorned with Swarovski crystals.

Developed in collaboration with Swarovski and De Jorio Design, the new cabin will be situated within the luxurious MSC Yacht Club complex on new ship MSC Bellissima.

Available for bookings from mid-November on, cabin 16081 will feature 700,000 individual crystals, including crystalized furniture elements like bedside tables, sideboards and the in-room coffee table. Other crystalized elements include the custom-designed wall sconces and the interior artwork, and passengers will be able to easily identify the room from the outside, thanks to its crystalized door numbering.

In addition, MSC Bellissima will feature more than 61,000 crystals embedded in the ship's 96-step central staircases, along with crystalized wallpaper in the MSC Yacht Club and a custom crystalized LED display built into the design of the Champagne Bar on Deck 7.

MSC says that the crystalized cabin will be priced similarly to other MSC Yacht Club accommodations onboard and that cruisers wishing to book cabin 16018 will want to do so well in advance.

MSC's luxury "ship-within-a-ship" concept, the MSC Yacht Club offers 95 suites in an exclusive keycard-entry-only area of the ship. Yacht Club cabins include butler service and access to a private restaurant and deck spaces in addition to the standard amenities MSC Bellissima offers.