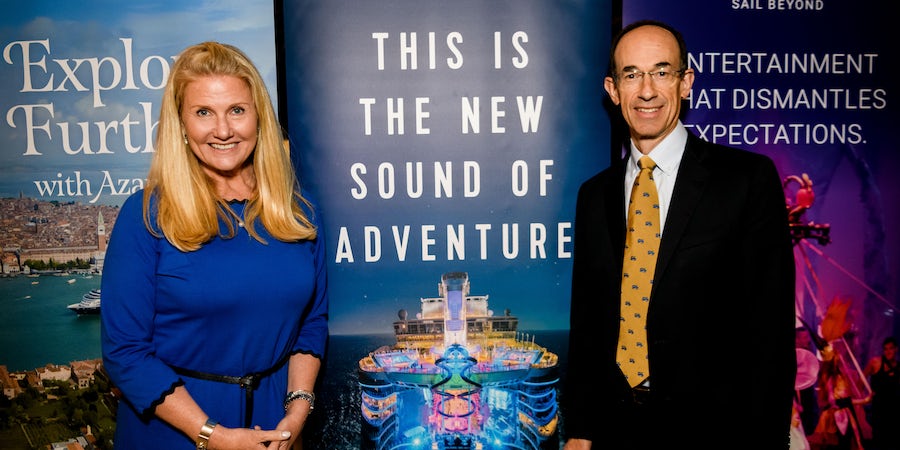 At last Friday’s Cruise360 Sydney, the biggest-ever conference for the Australasian cruise industry, Adam Goldstein, CLIA global chairman and vice chairman of Royal Caribbean Cruises Ltd, took time out of his busy schedule to talk to Cruise Critic about the outlook for cruising worldwide and what cruisers in our region in particular can look forward to.

Q: Is there any update on Royal Caribbean’s plans to open five more private islands (similar to the new Perfect Day at CocoCay resort in the Bahamas), particularly in Asia and Australia?

A: As the cruise industry -- and our company -- proceeds, besides our commitment to building the world’s greatest cruise ships we have an increasing involvement with our destinations. We need to be, and are, more integrated in our thinking about land and sea than we have been in the past and while so far we have just the two private destinations -- Labadee in Haiti and CocoCay in the Bahamas -- we are certainly thinking more expansively about future opportunities.

Recently we announced Holistica Destinations, our partnership with Mexican group ITM, to create, own and operate destinations in new and different ways; they’ve created Costa Maya, near Cozumel and Cancun in Mexico. Whether it’s to ensure the proper infrastructure exists, which we are increasingly involved with these days, or whether it’s to enhance the guest experience, we view it as not only strategic but mandatory that we take a more active role in destination development.

We’re offering the total vacation concept; while ships are mobile and can choose what destinations to visit, we are becoming more involved in developing the destination experience as opposed to simply delivering a bunch of guests to a pier. Australia is a very important and strategic market for us, but my comments here are global in nature.

Q: So we have to wait and see?

A: I can’t offer any more specific news locally, but destination development is a pretty important evolution in our business. We’re not shy about sharing our news with you when we have some.

Q. Cruise growth in Australia has slowed somewhat in the past two years; how do you see its future development?

A: It’s something of an aberration that I didn’t talk about Sydney’s infrastructure in my keynote address today! I’ve been involved in the cruise business for 30 years, visiting Australia every other year for the past 10 to 12 years and my main focus here has been to try to galvanise momentum in the direction of cruise infrastructure development. And not only in Sydney but especially in Sydney. Australians are the unofficial world champion cruisers, with 5.8 percent of the population taking an ocean cruise in 2018. Australia is a fabulous destination for world travellers and local cruisers and there’s not much more you could ask of a cruise market than this country has to offer.

However, as Sydney is Australia’s flagship port and it is now at full capacity, there is simply an inability to bring newer, bigger ships to the city and to realise the full potential of the cruise market without better infrastructure. Perhaps 10 years ago it was theoretical to the authorities but now in 2019 it’s not theoretical anymore. There are some positive implications, in that Brisbane, Melbourne and Auckland have all become more frequent homeport hubs than in the past and Brisbane is already expanding its infrastructure, but Sydney is central to the future development of this market – there’s certainly no lack of demand.

Q: Are Royal Caribbean and other cruise companies still looking at alternatives to docking in Sydney Harbour, for example Wollongong and Botany Bay?

A: We’ve been clear as a company that we’re open to location and where the infrastructure is. Sydney would be ideal, as it’s one of the most beautiful harbours in the world, but it doesn’t have to be there. We accept the Federal government’s decision that the Navy will not meaningfully share Garden Island as a homeport hub and in our estimation Port Botany is the most logical and best logistically connected environment by a considerable margin.

The NSW government has a cruise plan that has been created over the past few years and it has a clear recognition about what development has to take place. Politics about this type of development are inherently complex and it takes a lot of time to work through the processes. We will continue to work with them.

Q: Have we reached peak ship size with Oasis Class ships that can accommodate almost 6,700 passengers and 2,200 crew?

A: I have never said anything like that and never will. The history of ship building over decades and centuries is that ships get bigger over time. What we’ve seen in over the past 10 years is that while Oasis-class ships continue to be the largest in the world, the average size of ships has also grown over same period. When Oasis of the Seas came into service, the second-largest ships in the water in terms of passenger capacity was our Freedom-class ships. Today, many ships from major companies range in size between the Freedom and Oasis class. And if you look within each class of ship you’ll see they are also getting bigger. For example, luxury ships 20 years ago were between 100 to 400 berths – now they are more like the 300 to 700 berth range.

The most important thing about cruise ships is not their size but their variety; not only a variety of offerings within the ship, but the actual choice of ship size and types. The great thing about the cruise business is that there are so many different opportunities for cruising, from the Galapagos Islands where the maximum size allowed is 100 guests to Symphony of the Seas and everything in between. The cruise industry is providing incredible choice for the 2% of the travel market that we represent.

Q: What do you wish that more Australians knew about cruising?

A: I think they already know an awful lot. But since Australians are famous for wandering the world for lengths of time that are astounding to people from other areas of the world, it would be nice if they knew even more about the cruise options available to them. If you’re an Australian and you’re leaving for six or eight weeks at a time, even to fit in a one-week cruise in the Mediterranean, or Canada and New England, or Alaska as part of a larger expedition is something we’d be thrilled to see you take up. Australia is a travelling nation. We’d like to have you on ships all over the world all the time.