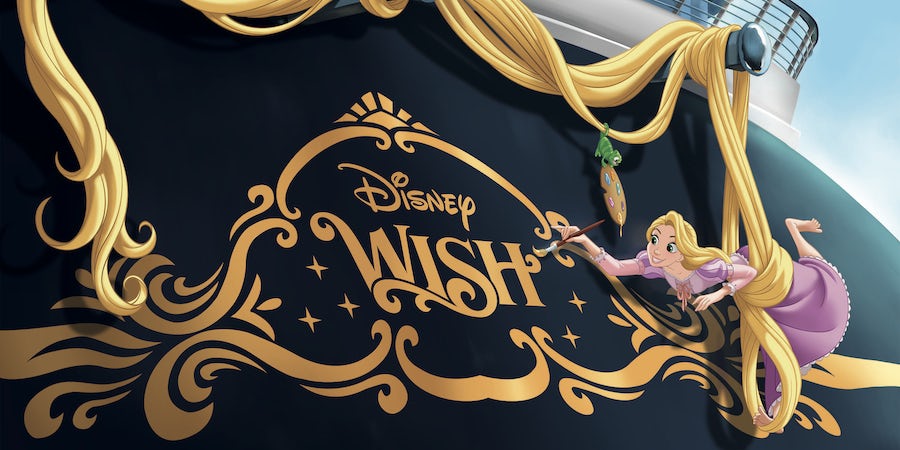 Disney Cruise Line first announced it was adding new ships to its fleet in March 2016. Since then, details on the newbuilds have been scant. Wish, which is scheduled to set sail in January 2022, will be the first of three new ships from Disney. All three will be 140,000 gross tons, feature 1,250 cabins and be fueled by liquefied natural gas.

Disney Wish also will feature a three-story airy atrium, designed to have an "enchanted" feel.

Disney's first ship, Disney Magic, debuted in 1998, with Wonder following in 1999, Dream in 2011 and Fantasy in 2012. The ships are loaded with Disney characters, and the line has capitalized on the popularity of its two mega-watt franchises: Star Wars and Marvel. Fans are treated to character days at sea, interactive entertainment, meet-and-greets and costume contests.

And while Disney has squarely captured the family market, its ships also feature excellent adults-only spaces designed to give occasional onboard space between the truly young and the young at heart.

Also at the D23 Expo -- the world's largest fan event -- Chapek provided more information on the cruise line's second private port stop, slated to join the popular Castaway Cay as an option on the ship's itineraries starting in late 2022 or early 2023. (Castaway Cay is a favorite among cruisers, who named it the best in Cruise Critic's annual Cruisers' Choice Destination Awards in 2019.)

The new private stop will be at Lighthouse Point on the island of Eleuthera in the Bahamas.

"With three new ships joining our fleet, we thought this would be an incredible opportunity to add another unique destination to our ports of call," Chapek said. "We looked all over the Bahamas and Caribbean for an ideal location that would enable us to create new experiences, while celebrating the culture of this amazing region."

To that end, Chapek revealed the cruise line will develop less than 20 percent of the property and employ sustainable practices for building. The island will feature an open-trestle pier, which means it won't need to dredge a ship channel.

"We will be directly involved in conservation efforts to preserve and protect the environment that creates this beauty, and we will be working with artists of every kind … to create a unique destination that is rooted in Bahamian culture and imbued with Disney magic," Disney Imagineer Joe Rohde said.