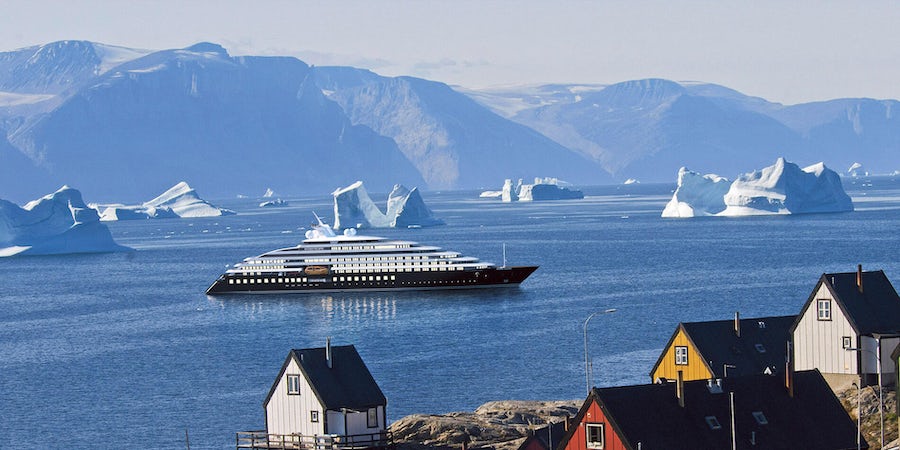 (11:10 a.m. EDT) – Scenic, a river cruise operator that has been operating in Europe since 2008, officially entered the blue water cruising industry last week when its first ocean-going ship -- Scenic Eclipse -- departed on its inaugural voyage. The ship, which was delayed three times before launching, is sailing a 13-night itinerary from Reykjavik to Quebec.

"Today is the fruition of many years of planning and work from a large and dedicated team to create a vessel and an experience which has set a brand new benchmark in ultra-luxury discovery cruising," said Glen Moroney, Scenic's chairman and founder.

Once its maiden voyage is over, Scenic Eclipse will sail to New York City, where godmother Dame Helen Mirren will name it in a September 10 ceremony. Its inaugural season includes both Antarctica and the Arctic, as well as Central and South America, the Baltic and Norwegian Fjords, and the Mediterranean.

Cruise critic member goorawin is onboard Scenic Eclipse's inaugural voyage, and is answering questions that other members of the community post to him. He reported that the ship wasn't ready at the time of departure, and passengers had to be accommodated in a hotel, but added after a few days on board, "I am now able to say after spending more than three days on Eclipse and in varying conditions, that this ship is brilliant for doing that sort of cruising expedition. As I have already said, it’s smooth and very quiet which is great. It manoeuvres extremely well and with it’s dynamic positioning system which not only speeds up positioning of the ship but also keeps it stable in orientation. This is really ideal for expedition cruising and the other big advantage is, it does not waste time dropping anchors, a really great system."

Scenic Eclipse, which has been much anticipated from the minute it was announced, is an all-suite, all-balcony vessel and carries no more than 228 passengers (fewer for Arctic and Antarctic voyages). It has 10 dining venues (an impressive number for a ship of its size), indoor and outdoor pools, a gym with a separate studio for yoga and Pilates, and a theater for lectures and shows. Scenic Eclipse also offers two six-person helicopters and one submarine for extra-fee specialty excursions.