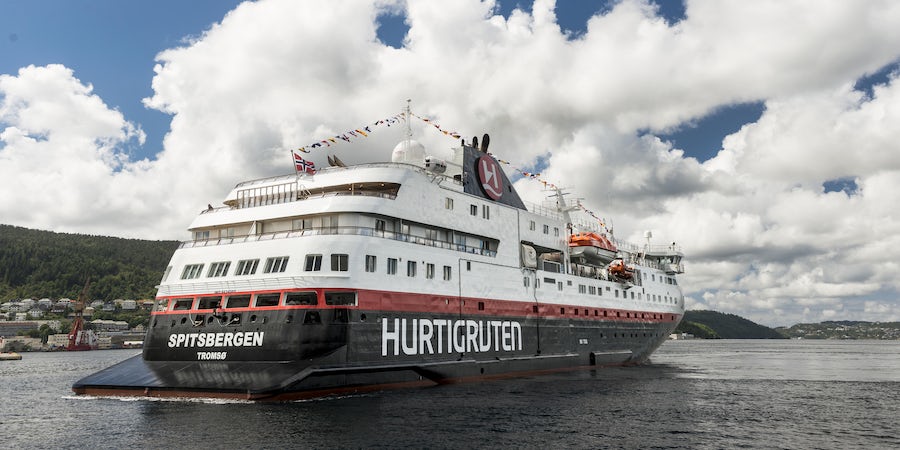 (12:10 p.m. BST) -- Hurtigruten has been forced to cancel two sailings onboard MS Spitsbergen due to Russian authorities denying the line permits to sail to Arctic Russia.

The cancelled sailings include two 14-day roundtrip voyages from Tromso, Norway, that were due to depart August 29 and September 12, calling at Franz Josef Land and Murmansk in Arctic Russia before returning to Norway.

In a statement, Hurtigruten has confirmed the cancellations.

“MS Spitsbergen meets the requirements of the Polar Code and has permission to operate in this part of the Arctic. Despite this fact, and at the last minute, the final remaining permits from Russian Authorities have unexpectedly been denied and we have not been granted the necessary final sailing permission to Franz Josef Land.

“Hurtigruten has engaged in a long-term dialogue with Russian authorities about the planned expedition cruises. Their last-minute decision comes as a surprise, further highlighted by the very vocal strategy from Russian authorities to attract more cruise traffic and new operators in general – and Hurtigruten in particular – to Russian Arctic waters.”

“Hurtigruten will continue the dialogue with Russian authorities in regards to future voyages to Franz Josef Land.”

The line is in the process of notifying passengers booked on the cancelled voyages to offer compensation and alternative sailings, including extra itineraries to Svalbard.

The next sailing to Franz Josef Land in Arctic Russia is set to take place in September 2020.