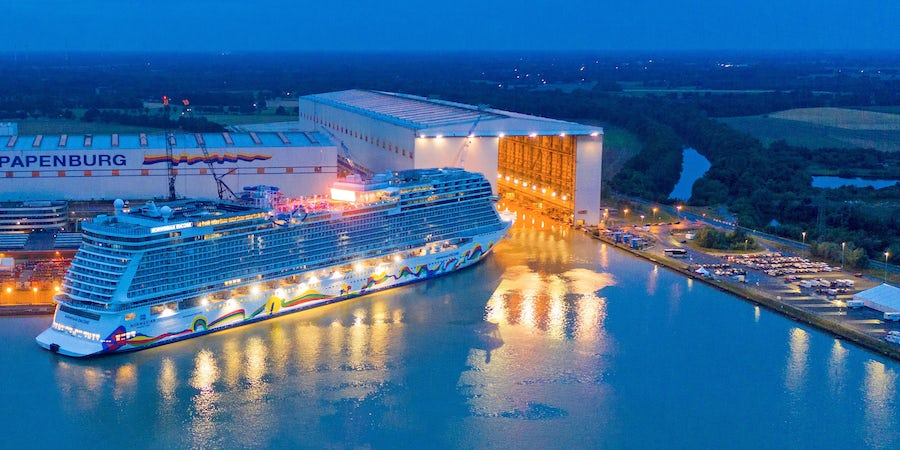 Scheduled to be named in Miami on November 21, Norwegian Encore will get its interior finishing touches at the shipyard before sailing up the Ems River to the North Sea at the end of September.

The 3,998-passenger Norwegian Encore is the last in the line's popular Breakaway Class and features a 1,100 foot long outdoor go-kart race track with curves that extend over the side of the ship and a laser tag arena with augmented reality elements. It is only the second ship in the class to have the Galaxy Pavilion, a virtual-reality arcade.

The award-winning musical "Kinky Boots" will headline the entertainment onboard; other evening options include "The Choir of Man," "Prohibition: The Musical" and a Beatles cover band in The Cavern Club most nights.

The ship will also debut the highly-anticipated Onda by Scarpetta, an Italian specialty restaurant, as one of its almost 20 different dining venues onboard.

Following the ship's inaugural season of seven-night voyages from Miami to the Caribbean, it will begin sailing to Bermuda and to Canada and New England starting in mid-April 2020. Norwegian Encore will then return to Miami in December 2020 for a series of western Caribbean voyages, before moving to Seattle in the spring of 2021 to sail Alaska voyages.