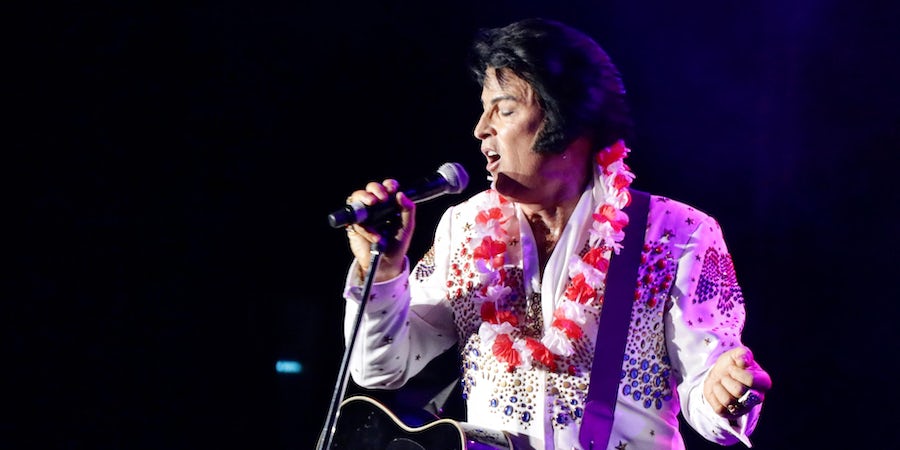 (8.15 a.m. AEST) – P&O Cruises has announced there will be two ‘Tribute to the King’ cruises in 2020, with sailings from both Sydney and Brisbane.

The new Brisbane ‘Tribute to the King’ cruise on Pacific Dawn departs on 16 June for three nights of wall-to-wall rock and roll. The Sydney cruise on Pacific Explorer is a four-night epic celebration of the King of Rock and Roll and has already had an overwhelming response.

“The Tribute to the King cruises from Sydney already have a fantastic track record of success attracting thousands of fans over the past two years of the best of rock and roll on the high seas,” P&O Cruises President Sture Myrmell said.

“We think there are just as many enthusiastic fans of the King of Rock and Roll in Queensland so we are expecting a big response to the announcement of the Brisbane cruise.”

The Elvis tribute cruises will include artists such as Damian Mullin, whose passion for the King and his music started in country Victoria as a child when his mother played vintage rock and roll during long drives to and from Melbourne. Damian began his tribute to the King career as a ‘singing telegram’ messenger, a job that he didn’t like but one that gave him the confidence to graduate to an all-encompassing stage act and full time show business career.

“I have liked the King’s music since I was eight years old,” Damian said. “I’ve done everything from hairdressing to managing furniture stores but they were jobs that didn’t fulfil my creative side.”

The ‘Tribute to the King’ cruises attract rock and roll fans of all ages who enjoy sharing their passion with tribute artists such as Damian Mullin, Mark Andrew, Stuey V, Terry Leonard, The Crofts, The Cadillacs, Carmine Cimilio and international Elvis competition winner, Gabe Phoenix.

According to Damian Mullin, the tribute cruises are special for the artists because it is a unique situation to not only be entertaining their audience but also living with them on board during the cruise.