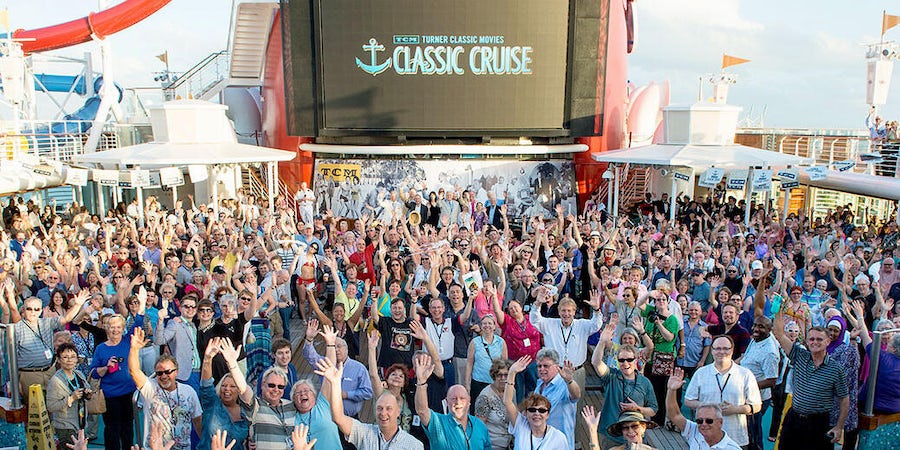 (11 a.m.) -- After selling out in record time in 2019, the Turner Classic Movies (TCM) cruise will return again in 2020 for a six-night sailing on Disney Fantasy, featuring movie screenings, special guest appearances and more. Departing October 4, 2020, the voyage from Port Canaveral will visit Cozumel, Grand Cayman and Castaway Cay, Disney's private island in the Bahamas. TCM's Ben Mankiewicz will host the cruise, which will feature a wide variety of TCM-themed events and activities, including special presentations with film experts, trivia games, and in-depth interview and Q&A sessions. The 2020 lineup of special guests hasn't yet been revealed, but the five-night, sold-out 2019 voyage aboard Disney Magic, which sets sail this October, includes appearances by "Jeopardy" host Alex Trebek, noted film critic Leonard Maltin and actress Diane Ladd, among others. "The TCM Classic Cruise has proven to be one of our most beloved fan experiences, and due to unprecedented consumer demand, I'm proud we'll be offering fans this engaging and immersive film event once again in 2020," said Genevieve McGillicuddy, vice president of enterprises and strategic partnerships for TCM. "Joining forces again with Disney on an even larger ship allows more fans to come aboard for six entertaining nights at sea with TCM."Although the 2020 voyage is being hosted on Disney Fantasy, it is being sold independently of Disney Cruise Line. Interested parties can begin signing up today for pre-registration at