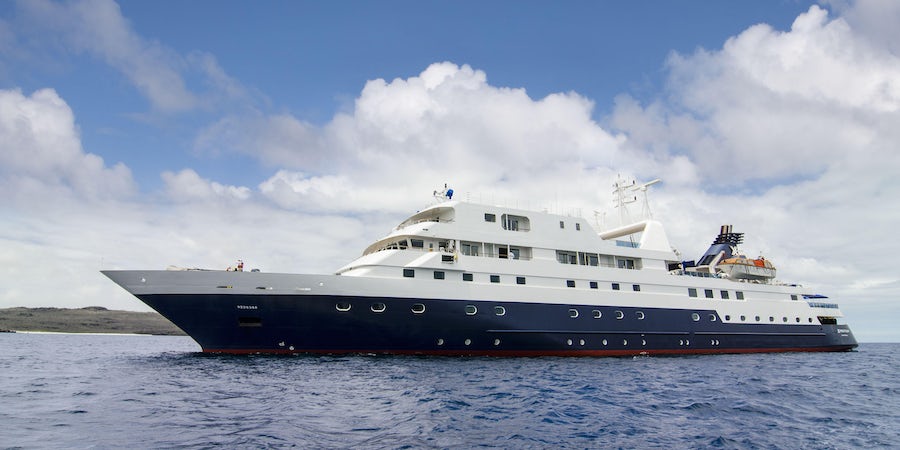 (11:02 a.m. EDT) -- After three months of regulatory delays, Celebrity Xpedition returned to service on September 14 as a 48-passenger vessel.

(August 15, 2019, 4:20 p.m. EDT) -- Since late June, passengers booked on Celebrity Xpedition in the Galapagos have found themselves instead sailing on Celebrity's smaller expedition vessels or being given the option to cancel for a full refund, due to regulatory issues with the Ecuadorian government.

Cruise line officials say they're working hard to return the ship to service.

"We have been going through the necessary regulatory process for Celebrity Xpedition, and this is taking longer than anticipated," Celebrity President and CEO Lisa Lutoff-Perlo told a Cruise Critic message boards member during a recent online appearance on Cruise Critic's Celebrity forum.

Celebrity Cruises told Cruise Critic the ship is not sailing because having it in service, as is, exceeds the number of passengers Celebrity is permitted to have in the Galapagos. To sail there, an operator must have a token, issued by the government, for a specified number of people. Celebrity currently has three tokens -- one each for 100 people, 48 people and 16 people -- for a total of 164 people the line is permitted to have onboard its ships at any given time.

Because the line's newest ship, Celebrity Flora, has a capacity of 100 people, Xpedition, which previously held 100 people, needed to be reduced to 64 people -- the total number afforded by the remaining two tokens.

Although the government tentatively approved an exception to a law that prevents the combining of tokens, the exception was later revoked, forcing Celebrity to further reduce the capacity of Xpedition to 48. The line is now waiting for approval of the newly reduced-capacity ship to make its way through the regulatory system.

Celebrity is notifying affected cruisers within a week of their sailing and compensating them for the inconvenience. Passengers are also given the option to cancel entirely for a full refund and a future cruise credit of 25 percent of the cruise fare they paid. Cruisers willing to switch ships are being offered a minimum 50 percent refund of their cruise fare (depending on category of cabin booked on Xpedition).

Celebrity is unable to give a timeline for when Xpedition's paperwork will be resolved, as it remains in the hands of the Ecuadorian and Galapagos governments, but a spokesperson for the line said it could be any time.