You may also like
Dismiss
Coronavirus: Updated Cruise Ship Policies and Cancellations Because of COVID-19 (2021)
Norwegian, Royal Caribbean Team Up To Create Cruise Health and Safety Protocols
In Industry Step Forward, CDC Seeks Public Comment On Cruise Resumption
Rolling Out the Deals: Why Now Might Be a Great Time to Book a Cruise
Australia Extends Ban on Cruises to March 17, 2021
Cruising the Newest Ship Afloat: Live From Celebrity Apex
Live From Royal Caribbean's Odyssey of the Seas: Why You'll Never Be Bored on This Cruise Ship
"Cruising With…" Set to Return Next Year -- But Without Jane McDonald
NCL Reveals More Dining, Design Details on New Cruise Ships Norwegian Prima and Norwegian Viva
A 'Thor: Love and Thunder' Cameo That Gets Cruise Fans Excited 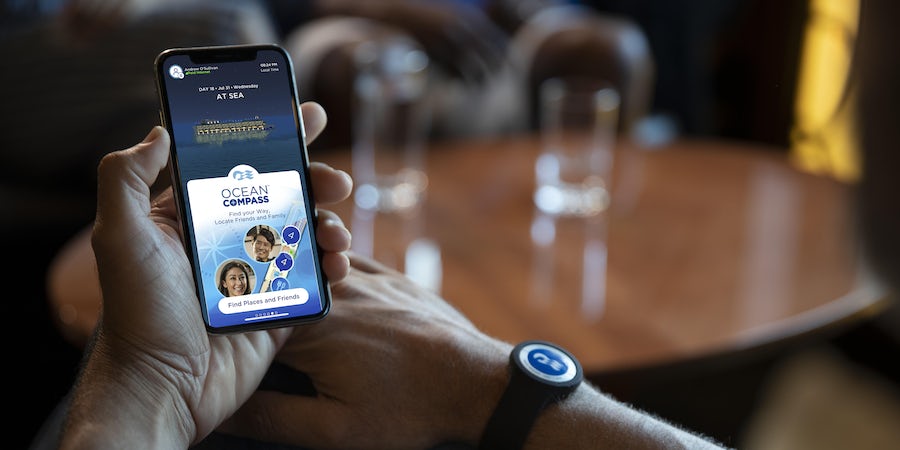 (4:30 p.m. EDT) -- Princess Cruises has made its OceanMedallion experience easier for passengers to use, both with and without their mobile phones.

This week, the line released a new, more inclusive app, called MedallionClass, that combines several previously separate apps into one. At the same time, Princess is making the entire OceanMedallion experience available to people who choose not to carry their cell phones, by allowing them to use the features in their staterooms or on public touchscreen devices.

With the changes, Princess is hoping to make the OceanMedallion experience more seamless for cruisers.

"The goal has always been simplification. We are now able to provide access to everything with pretty much the click of a button," Vicki Johnson, a spokesperson for Carnival Corporation's Guest Experience & Innovation department, told Cruise Critic.

When OceanMedallion debuted, passengers needed to download seven apps onto their phone, taking up more than 1000 MBs of space. The new app includes many of those same essential features and takes up less than 300 MBs.

Johnson said the new app has always been in the works, but it has taken the company several months to figure out how to put all the crucial pieces together into a single app. The extra time, she added, made it possible for Princess to address some of the most common stumbling blocks users have reported.

"We listened closely to the feedback we've been getting to better evaluate and understand how guests interacted with each app," she said.

For instance, common questions about how to link multiple bookings or how to update a password were addressed in the design and are now simpler to do than before.

The new Medallion app integrates four of the formerly individual pieces -- OceanReady, OceanNow and OceanView, as well as the JourneyView functionality that was formerly only available via onboard public touchscreens -- into one easy-to-use program. Only OceanCompass, OceanPlay and OceanCasino remain separate, though they can be accessed by following a prompt in the Medallion app. There are also further plans to integrate OceanCompass into the overall app by the end of the year.

When you first launch the app, you'll see OceanReady, the piece that enables cruisers to check in before their cruise, update a security photo, set up their tagalong, and add in personal preferences and allergy details. At the bottom of the screen, you can scroll through the other functionalities by swiping left.

JourneyView, which becomes available 60 days before sailing, is a personalized scheduler that lets cruisers see all the activities that will be available and bookmark those that they're most interested in. Once onboard, they can toggle between all activities and "My Activities" and can update their personalized schedule whenever they want. (If changes are made using a public portal onboard, the changes will automatically sync up with the app.)

The app, which is currently only available for Apple devices, will be rolled out to all Medallion-class ships by Saturday, August 17, and will be available to Google users starting the following week.

In addition to pulling the apps together into one place, Princess Cruises has made some of the pieces more robust. The OceanNow piece, which formerly could only be used to order food and drinks, can now be used to request more hangers or a full ice bucket from your room steward, or to order retail items like sunscreen or Advil.

JourneyView was formerly only available on the public touchscreens on the ships and could not be accessed via a mobile device -- something which has changed with the latest roll-out.

Beyond the Cell Phone

Princess Cruises is also expanding its OceanMedallion experience to stateroom TVs. OceanNow (the food/beverage/retail ordering system) and OceanView (which lets you watch on-demand TV shows), which were previously only available on the app, can now be utilized on in-cabin televisions. The TV-based functionallity is already available onboard Caribbean Princess and Royal Princess and will be live on Regal Princess and Crown Princess by the end of August. (OceanCompass, JourneyView, PlayOcean and Ocean Casino can not be accessed on in-cabin TVs but have been available on public portals for several months already.)

"Our objective has always been to make the entire OceanMedallion experience accessible, regardless of the desire to carry a device with you," Johnson said.

As a result, the line will soon begin testing lounge-based touchscreen devices in public areas on one ship (which has not yet been disclosed),  allowing cruisers to order food, drinks and retail items to be delivered to them almost anywhere onboard.

Earlier this week Princess also announced it will be expanding its high-speed Wi-Fi system, MedallionNet, will be available on 15 ships by the end of 2020, with seven more ships receiving it next year.