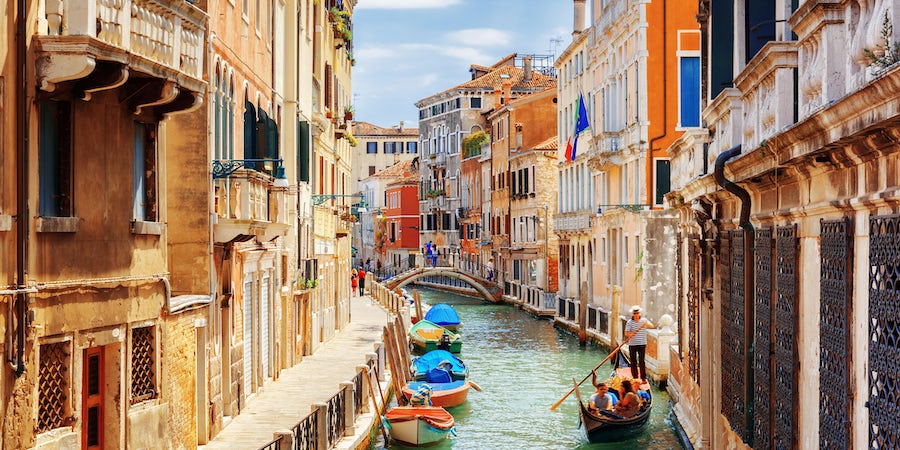 Cruise Ships Will Continue to Dock in Venice Until Further Notice

Are cruise ships banned from Venice or not?

Much has been made recently of the purported ban on cruise ships in Venice following a series of high-profile incidents. In June, loss of propulsion of MSC Opera caused a hard landing into the dock, damaging Uniworld's River Countess cruise ship.

Italian Minister of Infrastructure and Transport, Danilo Toninelli, reportedly stated that more than a third of cruise ships calling on Venice would dock instead at alternative ports on the Italian mainland by 2020. Toninelli invited stakeholders to present their solutions during the week of August 26, stating that a ban could take effect from September onward.

But cruise ships have not been banned from Venice.

Rather, the Italian government has stated its intention to prohibit vessels over 1,000 tons from entering the Giudecca Canal, which passes close to St. Mark's Square in the heart of historic Venice. The proposed ban -- which has not yet been passed into law -- was reported to take effect this September and continue through the end of the year, with more permanent berthing and navigation solutions developed for 2020 and beyond.

A statement from CLIA (Cruise Lines International Association) remarked that, "There is currently no ban in place preventing cruise ships from visiting Venice. Discussions concerning the future of cruise ships using the Giudecca Canal have been ongoing for several years and those discussions continue today without any conclusion."

Cruise ships will still be allowed to transit the Giudecca Canal past September, but many will be required to find alternate berthing locations in and outside the Venetian lagoon -- at the Fusina and Lombardia terminals -- away from the city center. Nearby Maghera has been suggested as a possible berthing location, but the industrial area lacks a cruise terminal.

Previously, many ships visiting Venice docked at the Stazione Marittima Cruise Terminal not far from the city's central railway station.  MSC Opera was at the nearby San Basilio Pier, in the Giudecca Canal, when it lost power and collided with River Countess.

While nothing has been decided yet, cruisers scheduled to call on Venice in the coming months should be aware that -- as with any port of call --exact berthing locations are subject to change at any time.

Those who oppose cruise ships in Venice say that simply moving ships to an outer location does little to address the issue of overcrowding in Venice from tourism. Supporters of the cruise industry raise concerns about the proposed berthing arrangements, citing a lack of terminal infrastructure, security measures and necessary transportation.

For CLIA and its member cruise lines, operations in Venice are still business as usual as the organization pledges to work closely with local authorities and stakeholders to come up with viable and sustainable solutions in Venice.

"The cruise industry has worked diligently with the Minister, the Mayor of Venice, the Veneto Region, the Port Authority and many other stakeholders to find viable solutions to allow larger cruise ships to access the Marittima berths without transiting the Giudecca Canal," said Tom Boardley, secretary-general of CLIA Europe. "We are still in agreement with the solution developed by Comitatone in 2017 to utilize the Vittorio Emanuele Canal as the best and most prudent means to move larger cruise ships away from the Giudecca. CLIA cruise line members welcome and will support the urgent implementation of this solution."

The Italian government has previously banned cruise ships from using the Giudecca Canal in 2013 and 2017. The former ban was overturned; discussions regarding the latter ban are still ongoing.