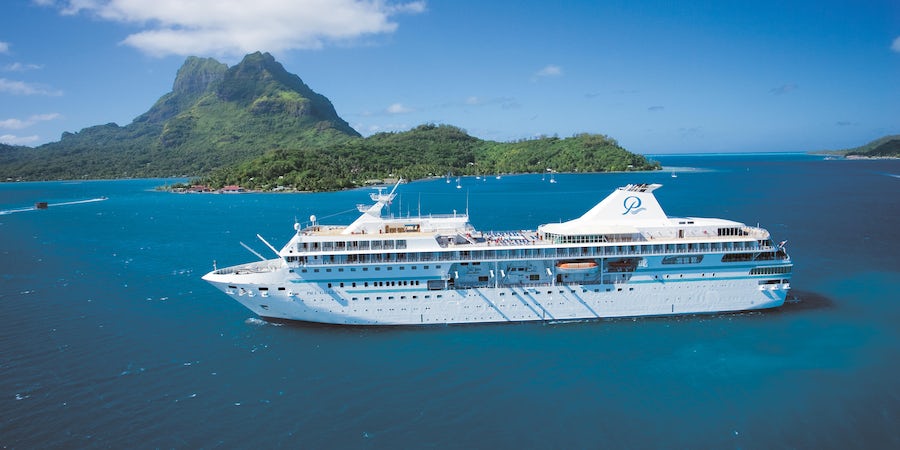 (12:40 p.m.) -- French cruise line Ponant has announced that it has acquired Paul Gauguin Cruises and its 332-passenger ship, the Paul Gauguin, which has sailed year-round on trips to the South Pacific since its launch in 1997.

Exact terms of the purchase deal were not disclosed, but Ponant revealed that it intends to keep the Paul Gauguin brand, vessel, and management team in place. Diane Moore will continue as CEO of Bellevue, Washington-based Paul Gauguin Cruises, while Navin Sawhney will continue to head up Ponant’s New York office as CEO of the Americas.

“We are pleased to welcome Paul Gauguin Cruises to our Ponant family,” said Jean-Emmanuel Sauvée, Founder and President of PONANT, in a statement.  “Our guests can now select from a wider range of iconic destinations and become enriched by cultural and expedition cruises of their choice, that literally travel to the ends of the earth from the most remote ports to more perennial favorites, on our combined fleet of small ships. We share the same core values.  The synergy between our operations makes this the perfect collaboration while preserving the unique DNA of both brand experiences.”

Richard Bailey, Chairman of Paul Gauguin Cruises, observed, “With this strategic alliance we look forward to delivering even more unique, luxury, small-ship experiences to our guests.”

Paul Gauguin Cruises was founded in 1998 and had previously operated under the Radisson Seven Seas and Regent Seven Seas branding until 2010. Beachcomber Croisieres Limited acquired the line in 2009 and operated it from 2010 onwards.

The ship Paul Gauguin has plied the waters of Tahiti and the South Pacific since its launch in 1997. Named after the French impressionist artist of the same name, the ship luxury vessel features interiors reflecting a blend of French elegance and South Pacific charm.

Sawhney notes that Ponant's acquisition of Paul Gauguin Cruises benefits passengers of both lines, as the continues its aggressive expansion of vessels and brands. The fast-growing European cruise line is adding new ships and itineraries at a rapid pace, most of which are hybrid luxury cruise expedition journeys delivered with a flair for all things French.

“Ponant is proud to be at the forefront of small ship exploration,” said Sawhney in a statement. “We are expanding our Ponant fleet to 14 ships by 2021. Now, through Paul Gauguin and its expertise, we will be able to offer our clients and partners yet another bucket list destination visiting the exotic islands of Tahiti, French Polynesia and the South Pacific.”