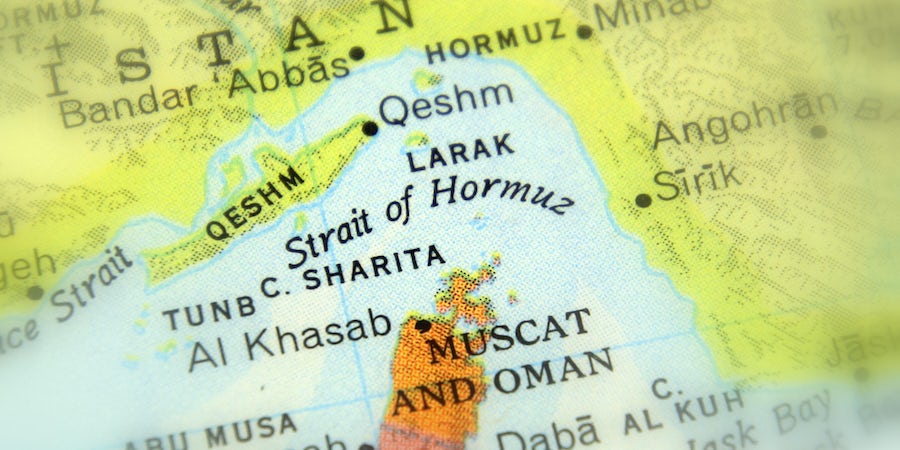 (Updated: 5:15 p.m. BST) -- P&O Cruises has cancelled its winter 2019/2020 Dubai and Arabian Gulf programme amid concerns for British-flagged ships in the region.

The decision comes following the line's close monitoring of the situation within the Straits of Hormuz -- which lies between the Persian Gulf and the Gulf of Oman -- and taking advice from external authorities.

The line's 2,016-passenger Oceana was due to return to Dubai for the winter season, however the line has confirmed that all bookings will be cancelled and guests will be given a full refund.

P&O Cruises president, Paul Ludlow, said: "The increased tension in the region highlighted by the attacks on tankers in the Straits and the detention of a British-flagged tanker by the Iranian authorities means as a British company flying the Red Ensign it is not advisable for us to maintain our planned Dubai and Arabian Gulf programme this winter season.

The line is currently revising its winter programme for Oceana, though it has confirmed the ship will offer sailings from Southampton to Spain, Portugal and the Canary Islands, as well as a pre-Christmas 35-night voyage to the Caribbean.

Cruise Lines in the Middle East

Royal Caribbean's Jewel of the Seas will be based in Dubai this winter, with MSC, Costa and German operators AIDA and TUI also basing ships in the region.

MSC's newest ship, MSC Bellissima, which debuted in March 2019, will spend its inaugural winter season offering Dubai, Abu Dhabi & India sailings. While the line has not cancelled or amended its winter programme in the region, it has released the following statement:

"We always closely monitor the public safety and security situation in each of the destinations we visit and areas we sail through. In doing so, we consult with official travel advisory bodies, and are in constant contact with local and international authorities including UK-based entities. While we’re aware of P&O Cruises’ decision – as a British-regulated carrier – to withdraw its operation from the Gulf for the coming season, we have not received any intelligence suggesting that there is reason for our plans to be altered.

MSC Cruises' upcoming winter season in the Gulf doesn’t start until the end of November. Guests and Crew can always be assured that their safety is our first priority."

Cruise Critic has contacted the other lines with ships in the region and will update this story if more information becomes available.