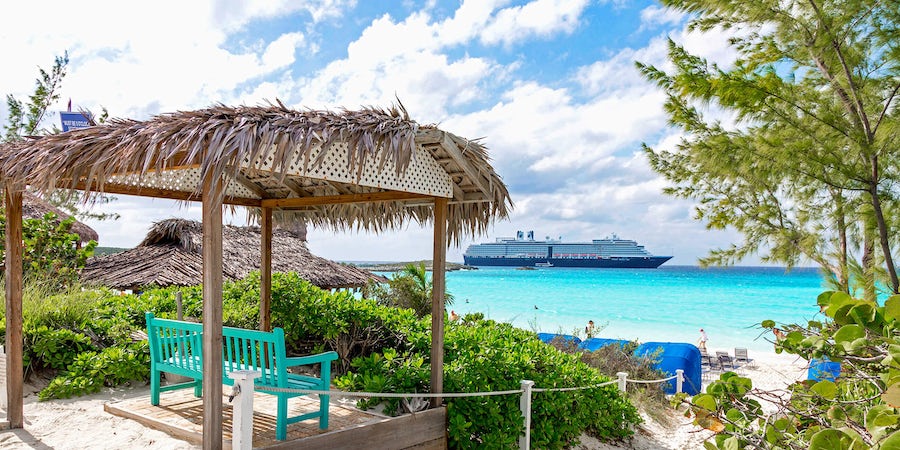 Plans are in the works for a pier, which will eliminate the need for passengers to tender ashore -- a process that can be time-consuming and tedious, particuarly in rough weather or for cruisers with mobility issues.

, which broke the news, Central Bank of the Bahamas released a June 2019 report confirming the upcoming changes to Half Moon Cay. Carnival Corporation was approved to expand an existing beach entertainment facility and construct not only the cruise pier but also additional landside facilities, which are currently unspecified. The project is estimated to cost $80 million.

Half Moon Cay, also known as Little San Salvador Island, is in the Bahamas, located about 100 miles southeast of Nassau. It was purchased by Holland America in 1996 and serves primarily as a private island for that line, although Carnival does feature stops there.

Want to know more about Half Moon Cay or the tendering process? You might be interested in: