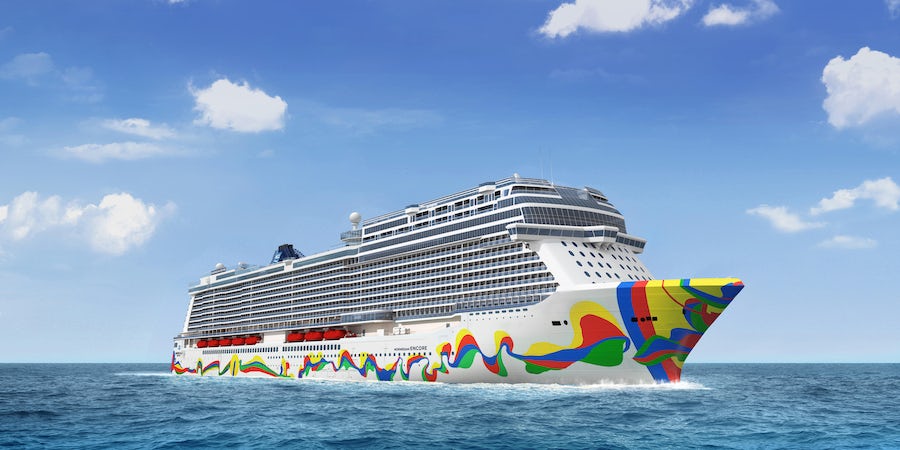 Norwegian Cruise Line showcased a selection of food, drinks and entertainment options passengers can expect on its latest ship, Norwegian Encore, at a media event in London last night.

Invited guests got a first taste of Onda by Scarpetta, the new restaurant concept that will debut on the 4,000-passenger ship in November. Dishes included braised octopus and yellowtail crudo as well as some of Scarpetta's signature dishes, such as spaghetti with tomato and basil and lobster ravioli.

Celebrity mixologist Kathy Casey (pictured above) of Liquid Kitchen was also in attendance, mixing a selection of cocktails including the "Encore," which will be served only in the ship's luxury enclave, The Haven, and includes flecks of 24-karat gold.

The Choir of Man (pictured), a nine-piece harmony band that just finished its stint on Norwegian Escape, also made an appearance ahead of its residency on Norwegian Encore.

Norwegian Encore launches in Papenburg on October 31 and is the fourth and final ship in the line's popular Breakaway-class of ships.

Like its Breakaway and Breakaway-Plus fleetmates, Norwegian Encore will feature The Waterfront area lined with bars and restaurants. As well as Onda by Scarpetta, venues with space along The Waterfront will be Cagney's, Los Lobos, The Cavern Club, Dolce Gelato, Sugarcane Mojito Bar and Ocean Blue.

Other attractions to look forward to on Encore include an even bigger go-karts at sea race track, with a section of track extending out over the side of the ship; the Galaxy Pavilion, a 10,000-square-foot virtual reality arcade; an open-air laser tag arena; and Broadway entertainment in the theater with a 90-minute version of "Kinky Boots."

The ship will homeport in Miami, offering one-week cruises to the Caribbean beginning November 24.