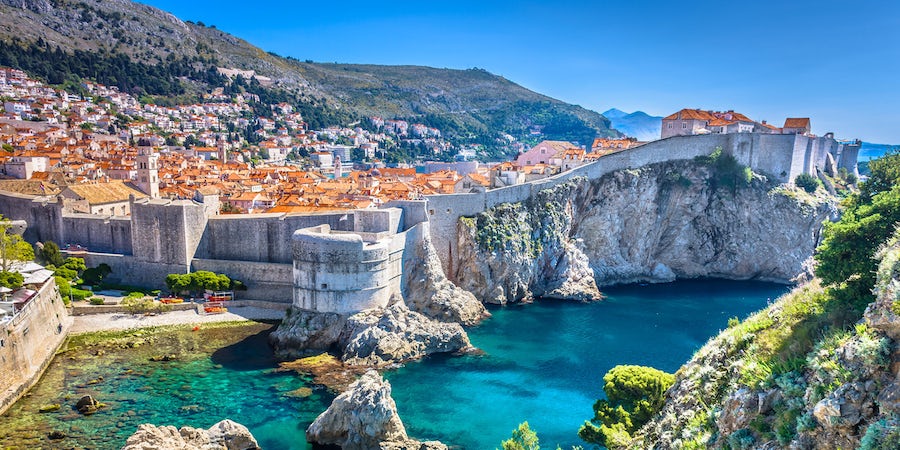 (12:23 p.m. EDT) – The popular port city of Dubrovnik, Croatia has partnered with the Cruise Lines International Association (CLIA) to manage the high volume of cruisers that visit every year.

Today, CLIA's president and CEO, Kelly Craighead, and Dubrovnik's mayor, Mato Frankovic, both signed a memorandum of understanding, forging a partnership to improve the relationship between the city and cruise industry going forward.

Among the partnership's provisions are mandates to: create a plan for the city based on UN sustainable tourism criteria; implement a previously developed 2020 cruise ship berthing policy; and develop a "Respect the City" visitor education campaign.

"Today's agreement validates the work we have already done with Mayor Frankovic and formalizes the cruise industry's continued commitment to the City of Dubrovnik and its people," said Craighead.

In 2017, Dubrovnik created its "Respect the City" initiative, which capped the number of tourists allowed in to the walled city at one time to 4,000. Last year, Dubrovnik's mayor imposed a limit on the number of cruise ships allowed to visit without discussing the change with the cruise lines.

Now, CLIA has joined forces with the city in an attempt to keep both locals and visitors happy.

Dubrovnik isn't alone; overtourism has become a serious problem for a number of European cities, including the port of Amsterdam. For ideas on avoiding the crowds, check out our story on overtouristed cruise ports and where to sail instead.