You may also like
Dismiss
Coronavirus: Updated Cruise Ship Policies and Cancellations Because of COVID-19 (2021)
P&O Cruises to Sell Oceana, Ship to Leave Fleet This Month
Hurtigruten Ramps Up Return to Cruising With Most of the Fleet in Service by September
Costa Cruises Becomes First Carnival Corp. Brand to Restart Cruising
Photos From Paul Gauguin: Cruising Has Resumed In Tahiti
Royal Caribbean's Anthem of the Seas Cruise Ship to be Based in Southampton in 2021
Wave Season Cruise Deals 2021
Cruising the Newest Ship Afloat: Live From Celebrity Apex
Norwegian Breakaway Cruise Ship Returns To New York: We Chat With NCL President Harry Sommer
U.K. Black Friday & Cyber Monday Cruise Deals -- Extended 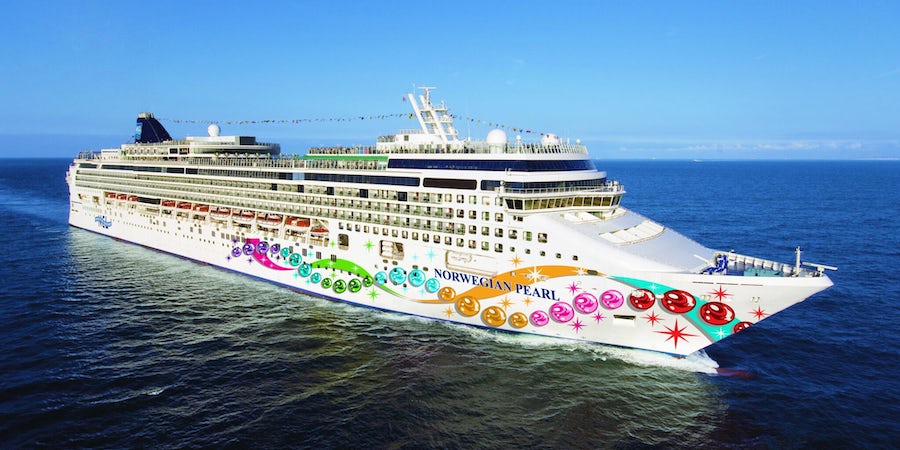 The 2,394-passenger Norwegian Pearl was on a repositioning cruise from Amsterdam to Rome when it experienced a mechanical issue on July 1.

The ship sailed to Barcelona for inspection where it has remained until today, July 3, missing calls to Palma and Monte Carlo. The ship is expected sail to Livorno, Italy, later today before arriving in Rome, as scheduled, on July 5.

The ship will need repairs once it has arrived in Rome and Norwegian Cruise Line has confirmed that the next sailing, a 13-night Greek Isles & Italy cruise that was supposed to depart Rome on July 5, has been canceled.

In a statement, a spokesperson for the line said: "On July 1, 2019, Norwegian Pearl, which is currently sailing a 13-day repositioning cruise from Northern Europe to the Mediterranean, experienced a mechanical issue which necessitates that she travel at a reduced speed… At this time, we anticipate that we will end the voyage in Rome, Italy as planned, with certain modifications made to the scheduled itinerary."

Passengers were given the opportunity to disembark the ship in Barcelona or stay onboard until Rome and Norwegian is giving all guests a 50 percent cash refund and a 50 percent future cruise credit (both based on the original cruise fare paid). The line will also cover up to $300 in flight change fees.

Due to necessary repairs, Norwegian Pearl's upcoming Greek Isles and Italy sailing departing on July 5, 2019 has also been canceled. Cruisers booked on this sailing will receive a 100 percent refund and a 100 percent future cruise credit, and the line will cover up to $300 in flight change fees.

"We recognize the disappointment and inconvenience our guests have experienced as a result of this unforeseen situation and we offer our sincere apologies. Our team is working diligently to assist all of our guests, and we thank them for their continued support and loyalty."