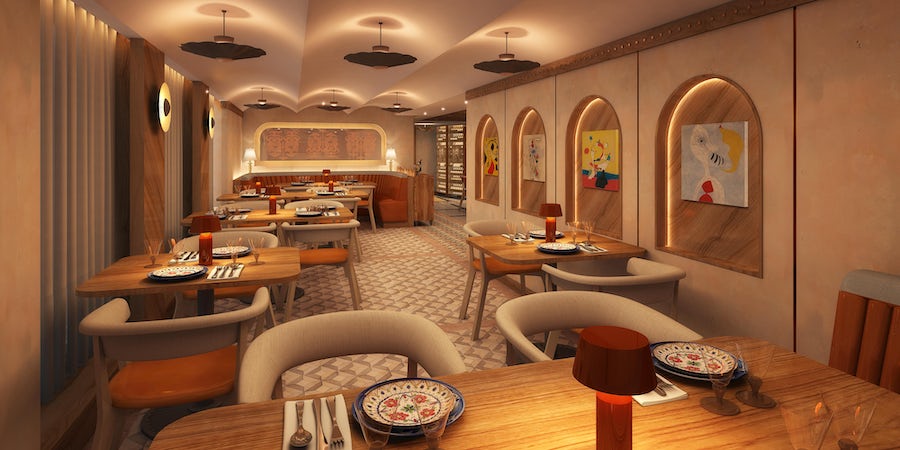 Intended to showcase cuisine from Spain's coastal areas -- from the Basque region and the Cantabrian Sea to southern Andalusia and Jerez -- Cuadro 44 is part of Windstar's $250 million Star Plus initiative to stretch and refurbish its Star-class ships.

Dishes at Cuadro 44 will include:

Chef Sasso comes to Windstar after 13 years at New York restaurant Casa Mono, and after a brief stint as guest chef on Windstar's James Beard Foundation Culinary Collection-themed cruise in the Mediterranean in 2018.

"I've spent a lifetime studying Spanish food and culture, working in several Catalan kitchens, traveling the Iberian landscape and learning from and getting inspired by the masters: everyone from the Roca Brothers of El Celler de Can Roca to the unmatchable Pablo Picasso," Sasso said in a statement. "This new venture with Windstar will be the perfect vehicle to showcase the universally enticing flavors of Spain and its coastal seas."

The name Cuadro 44 is essentially the restaurant's address onboard; it translates to "frame 44," which is the nautical name for the section of the ship in which Cuadro 44 will actually reside.

Windstar will debut the eatery on Star Breeze in February 2020. The restaurant will be added to Star Legend in July 2020 and Star Pride in November 2020. All three ships will visit Spanish ports as their first stops post-renovation.