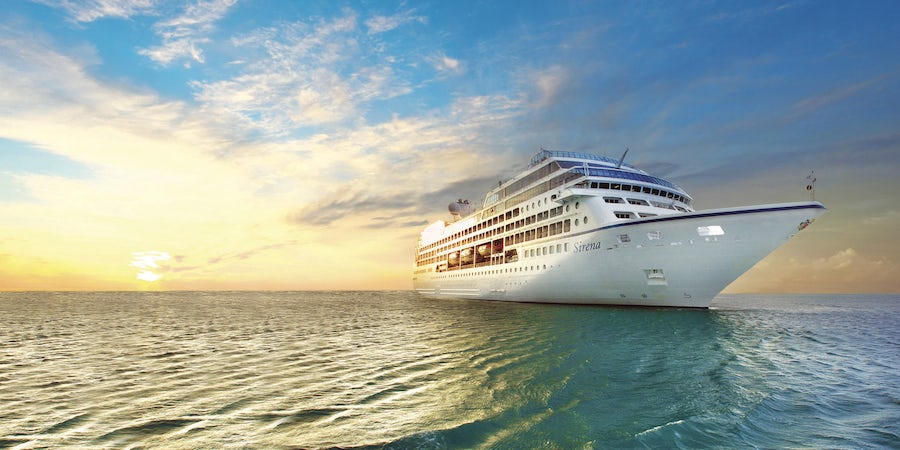 (1:30 p.m. EDT) -- Oceania Cruises did not spare its newest ship from a fleetwide refurbishment program originally developed to inject new life into its oldest and smallest ships. Sirena, which launched in April 2016, has emerged from dry dock with completely redesigned cabins and suites, refreshed public spaces and new artwork throughout.

All 342 cabins and suites onboard received new decor, fixtures and technological upgrades, including new entry doors, full-length mirrors and 100-volt outlets on each side of the bed.

"The re-inspired Sirena is perhaps the best expression of our team's Kaizen culture which focuses on implementing constant incremental change that continually elevates the guest experience. That’s the heart and soul of our OceaniaNext initiative," said the line's president and CEO, Bob Binder.

Passengers onboard the refreshed ship will notice new artwork, as well, including a new painting in the Bar Istas cafe -- an original by the line's executive chef, Jaques Pepin, commissioned specifically for Sirena.

Said Pepin: "I don't know whether my painting has helped my cuisine, or whether my cooking has helped my painting, and I don’t know if one borrows from the other. All I know is that, certainly for me, cooking and painting can live in harmony together. Both are different expressions of who I am, and both enhance my life considerably."

Oceania's Sirena is the third of six ships to be refurbished in six months, as part of the line's multimillion-dollar initiative. Regatta will be next to undergo the knife in September 2019, with Nautica following in June 2020.