You may also like
Dismiss
Coronavirus: Updated Cruise Ship Policies and Cancellations Because of COVID-19 (2021)
Norwegian, Royal Caribbean Team Up To Create Cruise Health and Safety Protocols
Foreign Office Revises Advice on Cruising, Rivers Now Exempt
What Happens to Cruise Ships During the Pandemic's Hurricane Season?
Rolling Out the Deals: Why Now Might Be a Great Time to Book a Cruise
Wave Season Cruise Deals 2021
Adventures by Disney to Offer First Expedition Cruises Geared Toward Families
Emerald Cruises Officially Launches in Australia
Are Cruise Lines Increasing Gratuities in 2023?
The 2022 Atlantic Hurricane Season is Here: What Cruisers Need to Know 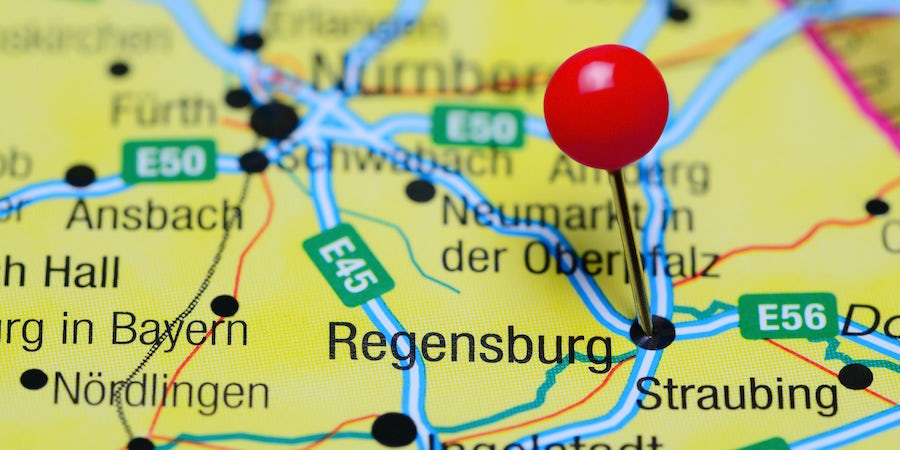 (5 p.m. EDT) -- Ongoing repairs to a Danube River lock that was damaged after being struck by a vessel last week have prompted some river cruise lines to modify itineraries. The affected Riedenburg lock -- located south of Nuremburg, Germany -- has halted marine traffic from both directions.

According to a Viking River Cruises statement posted to its website, sailing between the ports of Regensburg and Nuremberg has been temporarily restricted. Multiple reports indicate the repairs can take anywhere from a few more days to three weeks.

Below is a line-by-line breakdown of how cruises are being affected:

"We expect the repairs will take approximately a week," Viking's statement continued. "Select sailings may be impacted depending on when they were originally scheduled to pass through the lock. Guests on affected itineraries will be notified directly."

Avalon Waterways issued a statement saying at least two of its Danube River itineraries could be affected by the lock closure.

"A passenger vessel (not one of Avalon Waterways' ships) hit the door of the Riedenburg Lock on June 5. Since then, the lock has been closed for repairs. It is possible the lock will re-open as early as June 14. Other reports suggest repairs may take longer (two to three weeks total).

"Given this information and insight, at present, Avalon Waterways can confirm that two (2) cruises (departing on May 30 and June 13) have been or could be significantly altered as a result of this unfortunate -- and avoidable -- event. A third cruise, which departed on June 7, could also endure changes depending on when the lock re-opens. All are our "Magnificent Europe" itineraries that sail between Amsterdam and Budapest.

"We are in direct communication with guests -- and/or their travel agents -- about alterations, options and refunds for missed cruising destinations and days.

"Other itineraries, sailing between Nuremburg and Budapest, could experience slight modifications until the lock is re-opened. Guests on these itineraries may embark or disembark in different ports (Regensburg or Passau). While not ideal, these changes are minor."

Uniworld has altered the itinerary of a cruise that departed on June 1 and offered compensation to affected passengers.

"Uniworld immediately sprang into action upon hearing the news of the lock closure on the Danube," Uniworld's official statement read. "Our Operations team has worked diligently to quickly update the impacted itinerary to preserve the spirit of the Uniworld experience.

"We're providing our guests with an overnight stay at a beautiful five-star hotel in Wiesbaden, delivering a scenic Rhine sailing by private boat, and offering a future cruise credit on any of our 2020 voyages. We are looking ahead and making alternate plans for future cruises as necessary."

AmaWaterways, meanwhile, said it has a contingency plan for any affected voyages.

"The damaged lock is in Riedenburg, near an area where there is sometimes low or high water," AmaWaterways' official statement read. "It is common for river cruise lines to swap ships there, moving passengers from one ship to another. We have one ship with cruises going into Nuremburg and during low or high water issues, we dock in Regensburg, which is just an hour away by bus. The situation is the same with the damaged lock -- the impact on our operations or guests is minimal."

Emerald Waterways also has one sailing affected, and will be changing the itinerary and working with guests to accommodate the change.

"We have been told by the river authorities on the Danube that the Nuremberg lock was damaged by a river ship, not ours, and they do not expect it to reopen until June 14," Emerald Waterways' spokesperson Elliot Gillies told Cruise Critic.

"We only have a single Emerald Waterways sailing affected. And their itinerary has been adjusted to compensate and the line is working with the affected guests, and leaving it up to the guest to decide what they wish to do. We are awaiting further information from the authorities to see if there are any further changes."

Cruise Critic has contacted all lines with ships scheduled to sail on the Danube, and will continue to update this story as more information becomes available.