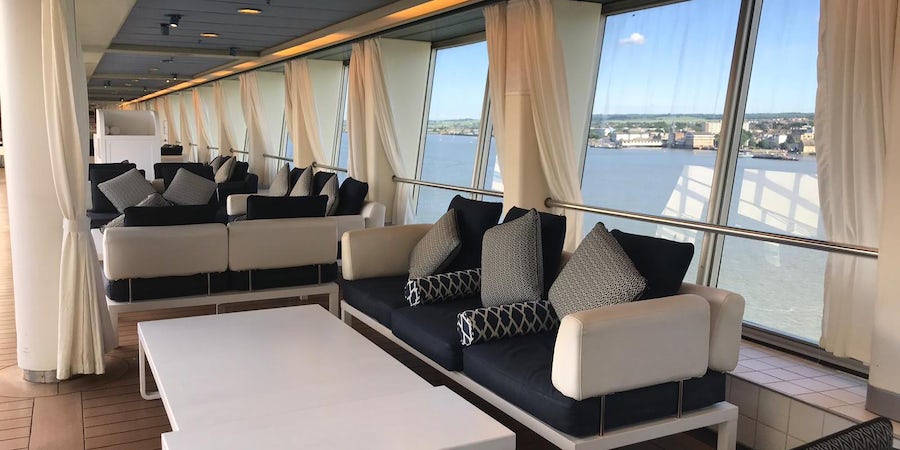 The 1,220-passenger ship, which debuted in Singapore in April 2019, previously sailed as Pacific Eden for P&O Cruises Australia.

Vasco da Gama will depart London Tilbury for a short sailing to Amsterdam on June 8, before relocating to Bremerhaven, Germany, for its maiden summer season sailing under sister brand TransOcean.

The new ship offers 630 cabins, including 120 balcony cabins and 29 suites. There are three main dining rooms -- Waterfront Restaurant, Waterfront Mediterranean and Waterfront Eurasia -- offering flexible dining times and seating. There are two speciality restaurants, The Grill and Chef’s Table (for an added fee), and Club Bistro buffet restaurant, (pictured below).

Vasco da Gama will depart on its first passenger sailing for TransOcean on June 10, on a nine-night voyage to the Norwegian Fjords departing from Bremerhaven.

The ship will return to the Southern Hemisphere on a 50-night voyage from Amsterdam to Auckland on October 8, where it will then spend the season sailing out of Australia, New Zealand, Bali and Singapore.