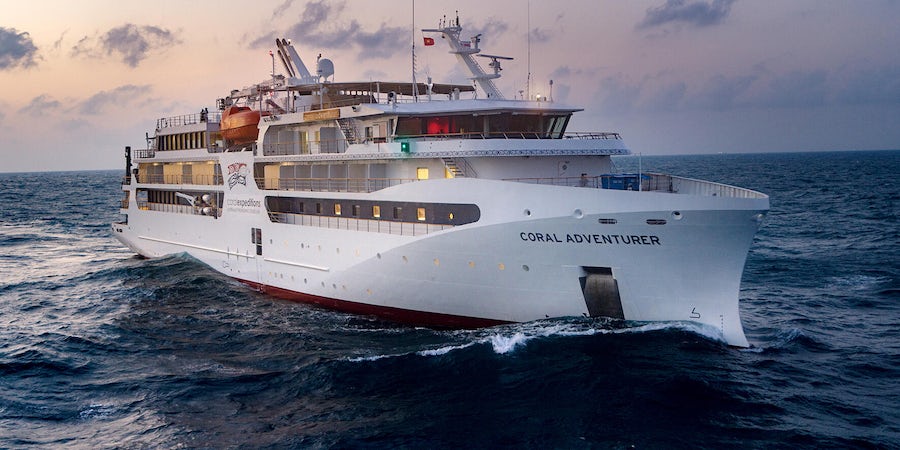 Coral Expeditions has confirmed the construction of a second expedition ship, Coral Geographer, to join Coral Adventurer, which launched in April.

The 120-passenger ship, which will launch in the last three months of next year, will be a sister to Coral Adventurer, pictured.

Like its sister ship, it will feature all outside-facing cabins with the majority having private balconies, but Coral Geographer will have four additional bridge deck suites. The new vessel will also have an elevator, Wi-Fi in all passenger areas, a number of indoor and outdoor bars, an observation lounge located in the bridge, and a library. As with all Coral Expeditions' ships it will carry two Xplorer expedition tenders -- open safari boats that can hold groups of up to 60 people. There will also be six Zodiacs for exploration further afield.