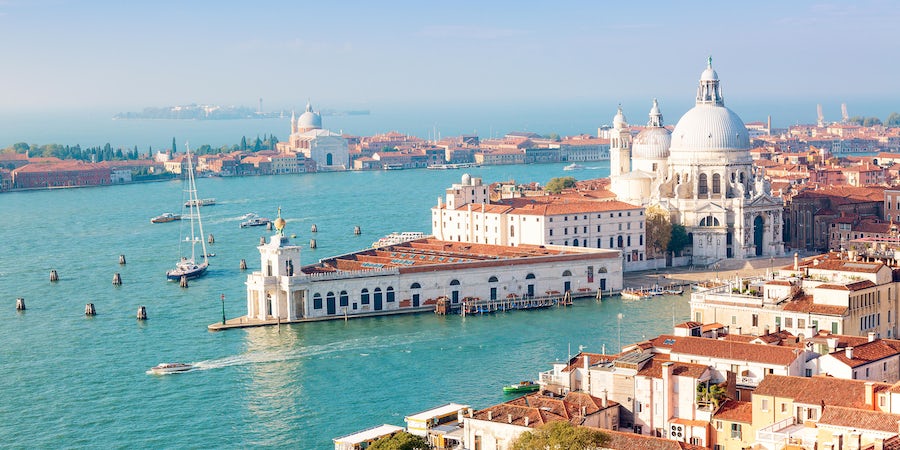 (Updated 12:22 p.m. EDT) -- MSC Cruises and Uniworld Boutique River Cruise Collection have canceled upcoming cruises following a collision June 2 that involved MSC Opera and Uniworld's River Countess, in Venice's Giudecca Canal. River Countess was docked and nearing the end of its disembarkation process at the time of the incident. Four passengers from River Countess were injured, and two remain hospitalized for precautionary measures, according to MSC. No injuries were reported on MSC Opera.

The June 2 and June 9 departures of MSC Opera, as well as the next six sailings of River Countess, all have been canceled. Uniworld aims to complete the repairs to River Countess, which sustained the most damage from the collision, in time for the ship's July 19 cruise tour.

"Following the recent incident in the Port of Venice on Sunday June 2nd, MSC Opera was required to undergo some repair works. While these works were already completed on Monday, the ship is currently still awaiting the completion of the investigation conducted by the authorities.

"As these procedures are taking a few days longer than originally expected, and we now know that the ship will not be able to depart in time for its next sailing, we have taken the difficult but necessary decision to cancel the upcoming cruise sailing from Bari on June 8th and from Venice on June 9th.

"MSC Opera was due to host 2,451 Guests from 53 countries. We have informed our Guests and business partners about the cancellation, and are offering a number of alternative options, including a full refund of their cruise fare and incurred travel expenses, as well as any pre-booked services.

"Additionally we are offering a 50 percent discount on a future 7- to 21-night cruise before the end of 2020."

"The River Countess was hit by the MSC Opera, a large ocean ship while docked at the San Basilio Cruise Terminal in Venice, Italy June 2. At the time of the accident, only 26 of the ship’s 130 passengers remained on board, with most having already disembarked and transferring to flights home.

"Following a complete review by the company’s technical and nautical team, Uniworld Boutique River Cruise Collection announces the next six sailings of the River Countess will be cancelled. This includes the “Gems of Northern Italy” cruise-tour dates originally scheduled for June 7, 14, 21 and 28, July 5 and 12."

Uniworld's president and CEO, Ellen Bettridge, added that River Countess will resume sailing on July 21, when it departs from Venice for Milan following a two-night land tour that begins on July 19.

Added Bettridge: "We have begun immediate outreach to our guests and travel advisor partners with this news and are offering options to rebook.

"We appreciate the outpouring of support and well-wishes by our guests, travel advisor partners and industry colleagues, and would like to thank everyone for their support during this time."

The line's Australia-based managing director, Fiona Dalton, previously told Cruise Critic passengers who flew in to Venice for River Countess' June 3 cruise and chose to stay have been accommodated in five-star hotels and offered land-based programming; others were offered the opportunity to rebook a different itinerary.

Meanwhile, Cruise Lines International Association, the cruise industry trade association, has responded to calls for larger cruise ships to be rerouted from Venice's Giudecca Canal in light of the latest incident.

"CLIA cruise lines welcome the statements by the Mayor of Venice demanding an urgent solution that would allow cruise vessels to enter Venice cruise terminal via an alternative route to the Giudecca Canal. CLIA Cruise Lines recognize his views are supported by many locally in the region, and in national government.

"The member lines of CLIA have been actively engaged in discussion about using the Vittoria Emmanuele Canal as a solution for a considerable time, and have been cooperative in simulations and studies that resulted in the Comitatone recommendation.

"CLIA urges all parties in Venice to reach a conclusion to start the preparation work to dredge the Vittoria Emmanuele Canal to begin to reroute larger ships."

Adam Goldstein, chairman of CLIA, added: "The cruise industry has worked diligently with the Mayor of Venice, the Veneto Region, the Port Authority and many others, to find viable solutions to allow larger cruise ships to access the Marittima berths without transiting the Giudecca Canal.

MSC Cruises' June 8 voyage is expected to depart from Bari, Italy, as planned. Cruise Critic will continue to update this story as more information becomes available.