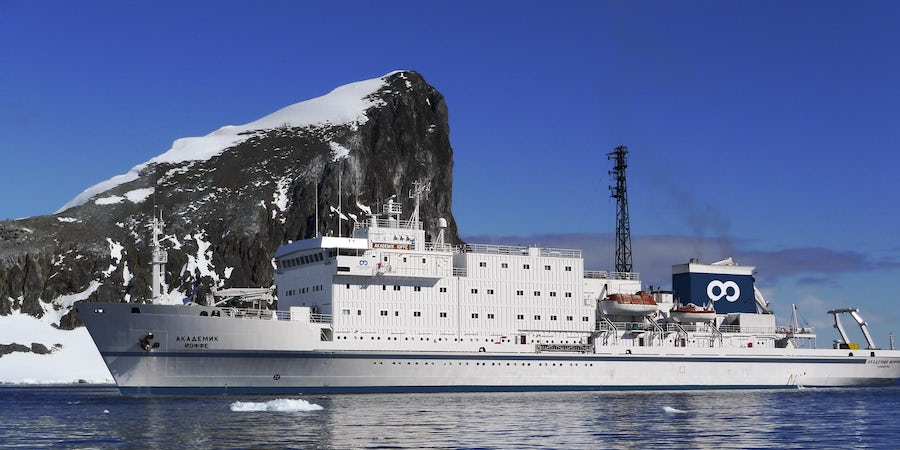 The ice-strengthened ship Akademik Sergey Vavilov was due to commence its Arctic season in June in Spitsbergen while sister ship, Akademik Ioffe, was due to start in the Canadian Arctic in late July. Both ships were heavily booked for the entire season. Passengers are being rebooked onto the line's other ship, Resolute.

On Friday May 12 -- less than four weeks before the first departure -- the Russian Government took the unprecedented action of informing One Ocean Expeditions it had ordered both vessels to stay in Russia and the ships would not be available for the forthcoming Antarctic season and beyond.

This is despite a long-term contract dating back to 2011 and still very much in place. The vessels are owned by Russian government entities.

OOE's General Manager, Catherine Lawton, said: "OOE was informed that the owners of the loffe and Vavilov have suddenly and unexpectedly withdrawn the vessels from passenger service.

"Their decision comes as a complete surprise to OOE and is out of our control. The withdrawal of the vessels is a breach of the owners' contract and is now the subject of legal action."

OOE has been scrambling to place its passengers on other vessels. In Spitsbergen more than 100 have already been rebooked. In the Canadian Arctic the company has the option of moving some passengers to its latest vessel, the RCGS Resolute that began operations in 2018.

"RCGS Resolute is superior in both ice class (1AS), passenger facilities and comfort for polar expedition cruising and beyond. We are working with our agents and clients on an urgent basis to find alternatives for planned travel in the short-term, and RCGS Resolute will play a key role in those arrangements. For those passengers unable to re-book we are working closely with agents and clients to arrange refunds." added Lawton.

Andrew Prossin, Managing Director of One Ocean Expeditions, stated: "Both the Ioffe and Vavilov have been great for us but they were nearing the end of their shelf life as they aged and became harder to maintain to our standards. However, we would have preferred to have had some input into when they were retired."

Lawton added: "OOE would like to thank our clients, agents, and partners for their patience and understanding as our team works through the present setback as expeditiously as possible.”

UPDATE (May 29, 2019): The owner of the vessels, P.P. Shirshov Institute of Oceanology of Russian Academy of Sciences (IO RAS), a federal state company, has since declared the vessels to be technically ready for operation and issued the following response: