You may also like
Dismiss
Royal Caribbean Offers Drinks Packages on Selected 2019 and 2020 Cruises
Royal Caribbean to Pull Independence of the Seas Cruise Ship Out of the UK in 2020
Cruisers Affected By Cuba Cancellations Weigh In on Compensation, Best Options
Cruise Lines Modify Cancellation Policies For Better Flexibility
Cruise Critic Readers Debate Future Cruise Credits Vs. Refunds
Royal Caribbean's UK Boss: Anthem of the Seas Cruise Ship Could Still Sail a Partial Summer Season
Why Are Future Cruise Credits and Refunds Taking so Long?
Royal Caribbean Delays First Cruise for Odyssey of the Seas After Crew Test Positive for COVID-19
Cruise Deals – Summer 2022 No Fly Cruises From The UK 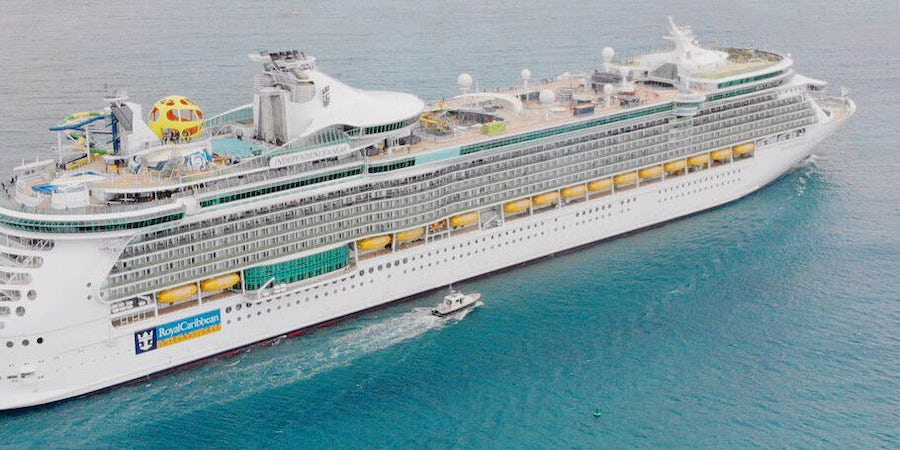 (12:40 p.m. BST) -- As news of Royal Caribbean's decision to pull Independence of the Seas from the UK in 2020 broke, fans of the much-loved ship reacted with overwhelming disappointment on Cruise Critic's message boards.

Cruise Critic's message boards have been flooded with members' enraged and upset reactions to losing "Indy".

boingboingbaggy wrote: "I am totally heart broken. The TA on Indy was going to be the one where I scatter my wifes ashes in the Caribbean. Wanted Indy and early November as the criteria. Nothing else now appeals to me. Probably means we will never see Indy in the UK again. Really bad show RCL."

kalaniiwow wrote: "Wow... I am so upset. I waited for nearly a year for these sailings to open, booked on one of the first days they were open to get the exact room I wanted (a balcony off the back of the ship) for the Canaries/North Africa cruise in Sept 2020 which was over my 40th birthday and which was also planned to coincide with a London trip. The ONE remaining itinerary on Anthem during that time period doesn't have the room type I wanted available and doesn't include some of the stops that I really wanted (Morocco, Normandy, etc).

"I know this is totally #firstworldproblems but damn, I am really really upset. This was a huge trip for me (a bucket list 40th birthday trip) that I've spent dozens and dozens of hours researching and planning. Now that's all in the drain and I have to figure out something else."

While cbowls30 said: I think this is absolutely shocking behaviour, the anthem sailings are so expensive and the itineraries are rubbish, nothing like the indy itineraries! Wow that makes me nervous booking UK sailings with them in future ☹ so sorry for anyone who's had their plans ruined.

"Was literally going to book indy for next summer, gutted! The anthem schedule is not only rubbish but mostly booked up anyway, just another cruise line snub to the UK."

minikiss commented: "best of luck to those that had booked in finding something else to swap to......."

Some Cruise Critic members are speculating the reason behind the move is because it is cheaper for Royal Caribbean to operate out of Florida and more profitable for the line to call at Perfect Day at Coco Cay.

rattla wrote: "Yup I think UK are fairly cost conscious and RC having to cut prices so much to stay competitive especially with the other competition, just can’t charge the prices they would ideally need to be charging.  Cheaper to run out of the US I’d think so easier to make money....  particularly as COcocay is going to be a good low cost port and additional revenue earner for them."

rattla added: "Interesting they aren’t offering to transfer to any alternatives either... it’s a straight cancel.  So if you booked with a good deal with drinks etc, you will not get those benefits again at the moment if you re-book.

plus.... they’ve cancelled this during a time when there is no sale/deal on in the UK, so a lot who got cancelled will be looking to rebook on Anthem quickly, but won’t have the best deals available at the moment!"

Royal Caribbean confirmed that passengers affected by the itinerary change will be offered full refunds and a "Future Cruise Credit" for use on alternative sailings.

The Future Cruise Credit is valued at 25 percent of the cruise fare paid on their cancelled sailing. Non-refundable airline charges will also be reimbursed.

Passengers booked on Indy's transatlantic sailing will be offered an alternative sailing on Anthem of the Seas, along with onboard credit based on their cabin category and sailing length. Non-refundable airline charges will also be reimbursed and full refunds offered to those who wish to cancel.

The line revealed in October 2018 that Anthem of the Seas will be based in the UK next year. The Quantum-class ship will sail out of Southampton, alongside Explorer of the Seas, for the 2020 summer season.

Independence of the Seas will still sail out of Southampton for summer 2019, offering European itineraries from May 18 through October 26.