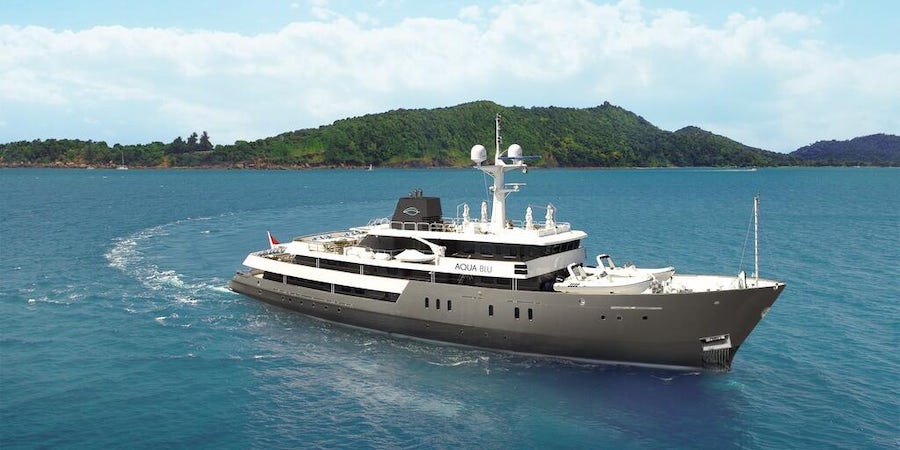 Aqua Blu will be Aqua Expeditions’ first ever coastal ship, and the first ever long-range expedition-class yacht to be permanently based in the East Indonesian Archipelago with year-round departures. Aqua Blu will have 15 sea-facing suites in three cabin categories, plus a sun deck, indoor lounge and bar, outdoor jacuzzi, spa and non-motorised watersports equipment such as diving and snorkelling gear, kayaks and stand-up paddleboards. The ship will also be equipped with two high-powered tenders for sea excursions.

From November 2019, Aqua Blu will offer seven-night cruises to three coastal destinations in East Indonesia, Raja Ampat, Bali-Komodo National Park, and the Ambon and Spice Islands. There will also be a small number of 12-night extended voyages available.

The refurbished ship once sailed as the former British Naval Explorer HMS Beagle, adding a touch of history to these East Indonesia cruises which traverse the fabled global spice trade route.

Aqua Nera will be based in the Peruvian Amazon and offer three-, four-, and seven-night cruises from August 2020. The ship will feature a design inspired by the blackwater lagoons and tributaries of the river and Pacaya-Samiria National Reserve, with 20 river-facing suites plus a lounge and spa, plunge pool and gym, and a restaurant with a focus on working with local producers.

Both Aqua Blu and Aqua Nera will feature world-class cuisine experiences by renowned consulting chefs, including award-winning Peruvian chef Pedro Miguel Schiaffino who specialises in using Amazonian ingredients in Modern Peruvian dishes. Cruises on both ships are open for booking.