You may also like
Dismiss
Coronavirus: Updated Cruise Ship Policies and Cancellations Because of COVID-19 (2021)
What Happens to Cruise Ships During the Pandemic's Hurricane Season?
"Cruising With…" Set to Return Next Year -- But Without Jane McDonald
Royal Caribbean's Odyssey of The Seas Cruise Ship Officially Christened
NCL Reveals More Dining, Design Details on New Cruise Ships Norwegian Prima and Norwegian Viva
These Ships Are Coming Back To The U.S. in 2022: Here’s Why You Should Care
Are Cruise Lines Increasing Gratuities in 2023?
A 'Thor: Love and Thunder' Cameo That Gets Cruise Fans Excited
Royal Caribbean Showcases New Icon of the Seas Cruise Ship with 'Making an Icon' Video Series
Just Back From Allure of The Seas' Maiden Galveston Sailing: Hits and Misses 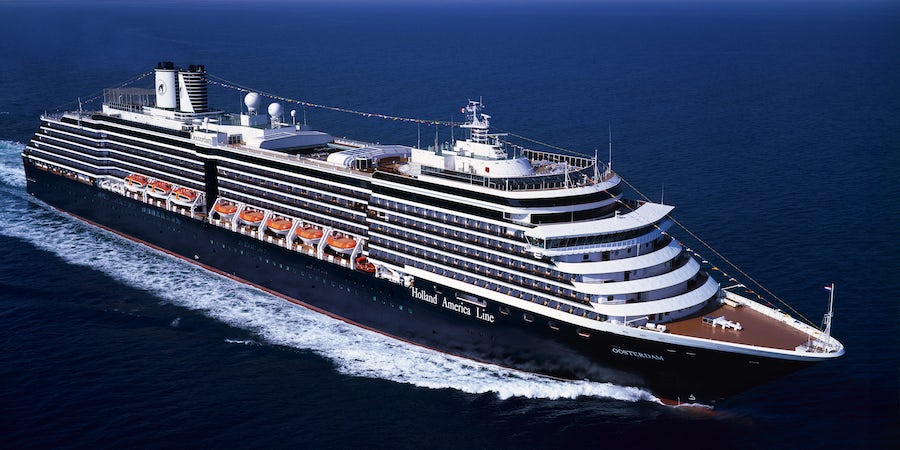 (2:47 p.m. EST) -- Holland America Line's Oosterdam and Nieuw Amsterdam will continue to sail as scheduled after sustaining minor damages from a stern-to-stern collision that occurred on Saturday morning in Vancouver, B.C.

No passengers were injured during the incident.

Cruise Critic members onboard the two ships shared news of the collision, as well as photos of the damage, on the Holland America forums.

Member frankc98376 posted: "On NA now. Oosterdam hit our stern this morning while she was docking. All appear to be OK. Looks like damage is mostly deck 4 verandas." He later added: "NA appears to have the most damage. At one point they were evacuating all cabins aft of middle elevators but cancelled the evacuation."

In a statement, Holland America spokesperson Sally Andrews confirmed the incident took place at approximately 6:50 a.m. local time. The line also verified no injuries were reported, and disembarkation on both ships proceeded as usual.

Speaking to the extent of the damage, Andrews said: "Damage to Oosterdam is minimal. Six aft stateroom verandahs on Nieuw Amsterdam require repairs which are underway … All required repairs are well above the waterline and the seaworthiness of both ships is not affected. All appropriate authorities have been notified."

Passengers booked in the affected rooms, on the sailing departing today, will be re-accommodated in other cabins.