You may also like
Dismiss
Coronavirus: Updated Cruise Ship Policies and Cancellations Because of COVID-19 (2021)
Foreign Office Eases Travel Exemption for 67 Countries, Paving Way for European Cruises
Norwegian, Royal Caribbean Team Up To Create Cruise Health and Safety Protocols
Hurtigruten Ramps Up Return to Cruising With Most of the Fleet in Service by September
Royal Caribbean's Wonder of the Seas Cruise Ship Floated Out From Shipyard
Marella Cruises Reveals New 2021/22 Itineraries to the US, Caribbean and Asia
Royal Caribbean's Anthem of the Seas Cruise Ship to be Based in Southampton in 2021
P&O Cruises Restarts Cruising For First Time in 15 Months on Britannia
The 2022 Atlantic Hurricane Season is Here: What Cruisers Need to Know
Just Back From Allure of The Seas' Maiden Galveston Sailing: Hits and Misses 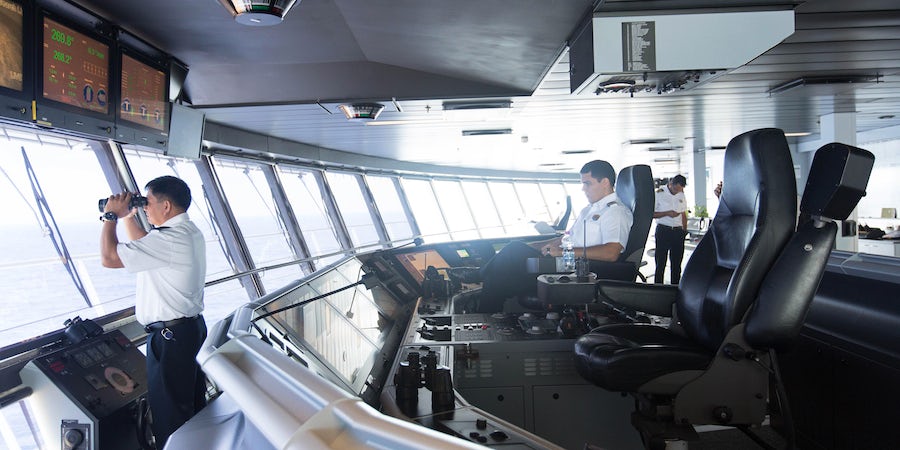 The Bridge on Allure of the Seas (Photo: Cruise Critic)

Allure of the Seas Cruises Modified Due to Propulsion Issues

The Bridge on Allure of the Seas (Photo: Cruise Critic)

(5:50 p.m. EDT) -- Cruisers booked on Royal Caribbean's Allure of the Seas from this Sunday through October 2019 might notice changes to their itinerary. The line has replaced certain ports of call, and adjusted arrival and departure times for others, as a result of the ship sailing at a reduced speed due to a mechanical issue. The issue has no affect on passenger safety, a spokesperson for the line confirmed to Cruise Critic.

Cruise Critic caught wind of the changes on its Royal Caribbean forums, where several members shared a letter they received from the line, alerting them to the modified schedules.

One letter reads: "We'll be reducing our speed because of a technical matter with one of the ship's three propulsion pods. As a result, we've had to make an adjustment to our itinerary" … "We are sorry for this unexpected change. Please know, when making these changes, we do everything possible to offer a similar replacement port of call and maximize your time in each destination. We are confident your cruise will be amazing."

A spokesperson for Royal Caribbean verified the letter. They added that the line will be working with passengers whose shore excursions have been affected by the changes. Tours booked for St. Thomas will be automatically refunded to cruisers' original forms of payment.

The following itineraries will be affected, as a result:

Allure of the Seas is scheduled to enter dry dock in April 2020, where it will receive its "Royal Amplified" makeover. Royal Caribbean has not modified cruises beyond October 2019.