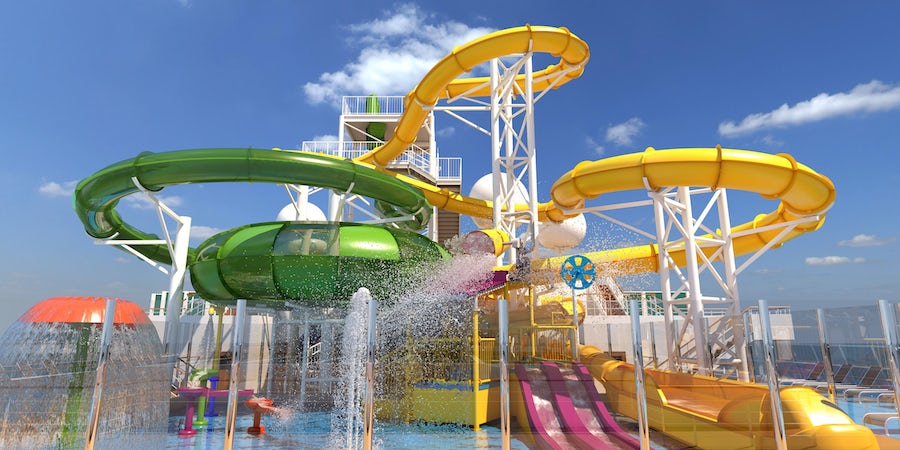 (11.15 a.m. AEST) – Carnival Cruise Line has announced the winning name for Carnival Splendor’s new waterslide which will debut when the ship arrives in Australia in December this year.

Debbie has received an invitation to attend the waterslide’s official naming ceremony where she’ll be one of the first in Australia to ride down the slide. Plus, Debbie and her family will enjoy a 10-night South Pacific cruise on Carnival Splendor.

“A massive congratulations to Debbie for coming up with such a fantastic name and submitted the best creative entry. Green Lightning is not only a subtle nod to the waterslide on Carnival Spirit, but it also perfectly describes how guests will free fall at lightning speed,” said Jennifer Vandekreeke, Vice President Carnival Cruise Line Australia.

Towering 50 metres above the waterline, the height of the Harbour Bridge, Green Lightning will launch with an impressive 11.3-metre free-fall drop as the capsule floor opens, followed by a slingshot curve, twisting and sliding guests into a giant green swirling bowl.

Green Lightning will join its sister slide, the yellow 104 metre long Twister Waterslide, as part of the green and gold WaterWorks on Carnival Splendor, which will also feature MiniRacer slides, splash toys, and The Power Drencher tipping bucket.