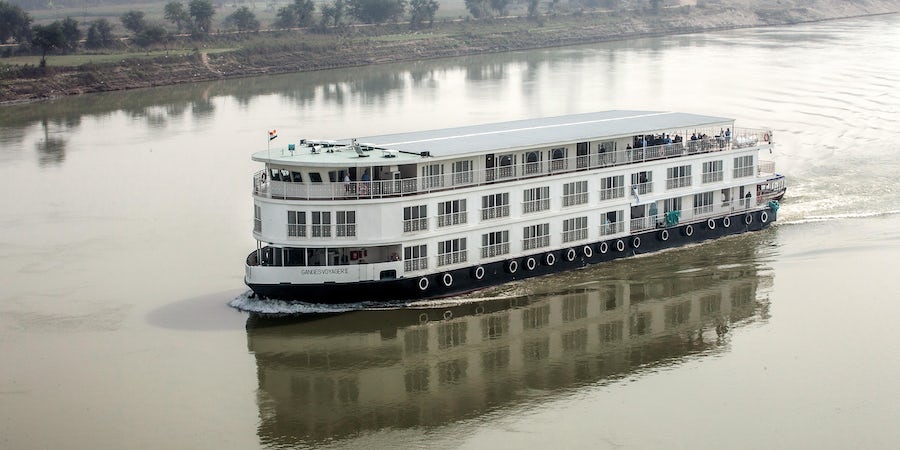 Sixth Series of Cruising with Jane McDonald Continues in India

(2:45 p.m. BST) -- The next instalment of "Cruising with Jane McDonald" returns this evening on Channel 5, with Jane heading to India on Uniworld.

The second and third episodes of the BAFTA-award-winning show sees Jane experience the line’s 15-day tour of the Golden Triangle and cruise on the Ganges onboard Ganges Voyager II.

This is the second time Jane has sailed on Uniworld, having experienced S.S. Maria Theresa on the Danube in the first season in 2017.

Chris Townson, Uniworld UK managing director, commented: "We were thrilled to welcome Jane and Channel 5 back on board a Uniworld cruise, this time exploring India’s famed Golden Triangle and the Sacred Ganges on a tour and cruise adventure.

"From sari dressing to grand palaces, yoga on the sun deck and the Taj Mahal at sunset, we can’t wait to see Jane immerse herself in the spiritual culture of India over two huge episodes."

Find out everything you need to know about Cruising with Jane McDonald.