You may also like
Dismiss
Coronavirus: Updated Cruise Ship Policies and Cancellations Because of COVID-19 (2021)
Rolling Out the Deals: Why Now Might Be a Great Time to Book a Cruise
Live From Royal Caribbean's Odyssey of the Seas: Why You'll Never Be Bored on This Cruise Ship
Disney Wish To Feature New Onboard Entertainment Firsts from Disney Cruise Line
NCL Reveals More Dining, Design Details on New Cruise Ships Norwegian Prima and Norwegian Viva
Celebrity Cruises Partners with Annie Leibovitz, Renowned Photographers in Project That Recognizes Diversity in Travel
Are Cruise Lines Increasing Gratuities in 2023?
A 'Thor: Love and Thunder' Cameo That Gets Cruise Fans Excited
Live from Grandeur of the Seas: The Beloved Lady G Cruise Ship Still Reigns 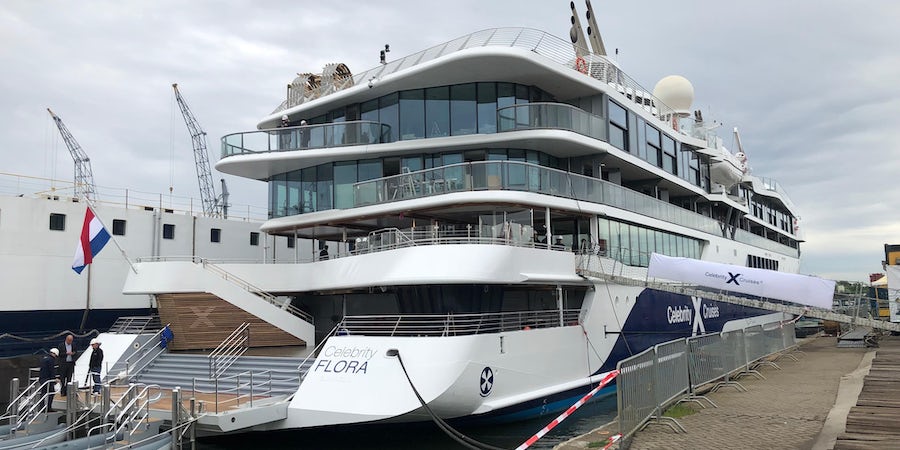 (6:20 a.m. EST) -- Celebrity Cruises has talked about the possibility of a second purpose-built expedition ship, revealed the line's CEO.

Speaking to trade and press at the De Hoop shipyard near Rotterdam to reveal the line's first-ever purpose built expedition ship, Celebrity Flora, Lisa Lutoff-Perlo told Cruise Critic: "Listen I never say never, it's not that we haven't talked about it, it's just we haven't committed to anything at this point in time.

"I'd like to see what happens with Flora, I'd like to get that ship into the market. We certainly wouldn't do it immediately; it would be some span of time if we did ever decide to build a second -- but it's not out of the question."

However, she ruled out a full-scale move into the expedition space. "We've looked at whether we should get into expedition cruising, but we've decided that's not right for our brand.

"The Galapagos has worked beautifully for us for the past 16 years, the guests love it. There are a lot of people in expedition cruising, including sister brand Silversea, so we're leaving expedition cruising to those who are already in it."

When asked what synergies or competition there is between the two brands, she said: "We keep the brands separate. Silversea has been in the Galapagos for a few years now and they will replace the ship they have there.

"But Galapagos is capacity controlled and there's an ultra-luxury Silversea and there's a modern luxury Celebrity Cruises."

However, there are plans to link the loyalty schemes across all Royal Caribbean brands, but that is still at a consultancy stage.

She went on: "To start an expedition business is a big distraction for us, it's a big shift for our brand. Celebrity is doing so well right now doing what it does, we're really happy in the space that we're in."

The 100-passenger, all-suite Celebrity Flora launches at the end of June. It is the line's first purpose-built expedition ship -- and indeed the first ever ship purpose built by a cruise line for the Galapagos -- and will spend its entire time in the Galapagos Islands.

As well as being technologically advanced and eco-friendly, the ship features two restaurants, two lounges, a marina, a marine lab and numerous different suite types.

It joins Celebrity Xpedition, also a 100-passenger ship, sailing week-long itineraries around the iconic islands. However, its price point is almost double that of its 18-year-old sibling, coming in at around $8,000 per person.

Lutoff-Perlo said: "Any new hardware commands a premium. Flora is also twice the size of Xpedition but holds the same number of guests, so there's a lot more public space. Other than that, it's really the new ship that commands the premium."