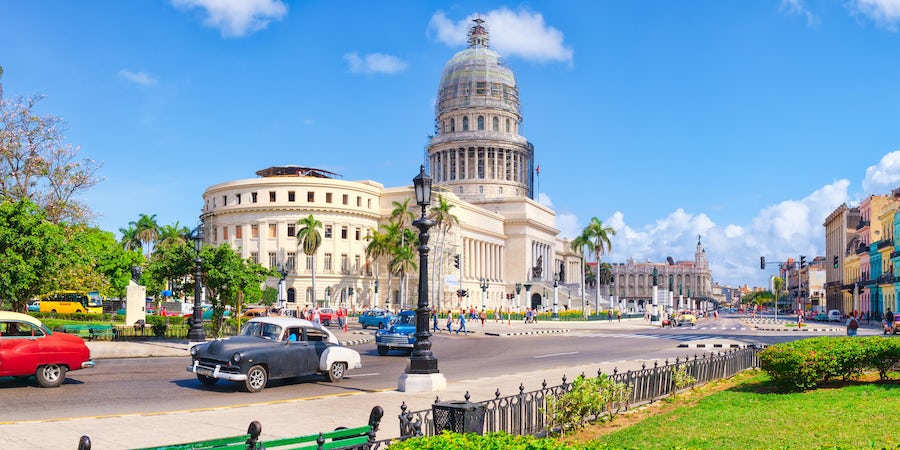 (12:50 p.m. EDT) -- It's unclear whether cruises will continue to call on Cuba after Wednesday's announcement about new travel restrictions to the island nation.

At first glance the announcement made by John Bolton, national security advisor to President Donald Trump, seemed damning to the cruise industry, which has embraced Cuba itineraries over the past three years since travel restrictions were loosened under former President Barack Obama.

The new travel regulations -- intended to curb cash flow to the governments of Cuba, Venezuela and Nicaragua, dubbed the "troika of tyranny" by Bolton -- don't yet have an implementation date.

"These new measures will help steer American dollars away from the Cuban regime or its military and security services, who control the tourism industry in Cuba," Bolton said.

Initial impressions from all the cruise line representatives contacted by Cruise Critic -- including executives -- mirrored the uncertainty of the general public following the announcement.

"We're still reviewing today's statements to evaluate their impact on our guests and our company. For now, we are sailing our Cuba itineraries as scheduled and will keep our guests updated if anything changes," Owen Torres, a spokesperson for Royal Caribbean Cruises, Ltd. (the parent company of Royal Caribbean International, Celebrity Cruises and Azamara, which also has a stake in other lines including Silversea Cruises) told Cruise Critic.

Over at Norwegian Cruise Line Holdings, a spokesperson for Oceania Cruises (one of the company's three brands, which also include Norwegian Cruise Line and Regent Seven Seas Cruises) told Cruise Critic, "We are closely monitoring recent developments with respect to US-Cuba travel. At this time no new regulations have been issued and accordingly, the Company's itineraries which include Cuba as a destination will continue as scheduled."

Virgin Voyages spokesperson Christina Baez shared, "At this time there are no changes to travel policies for cruises sailing to Cuba. We will continue to monitor Cuba travel policies and we will update our sailors if there are any changes."

Stock prices reflected the ambiguity of the new restrictions, as shares in Royal Caribbean, Norwegian and Carnival fell overnight.

However, there are murmurings that business will continue as usual on the seas. An article in the

reads, "The new measures include further restrictions on individual 'people-to-people exchanges' for non-family tourist visitors to Cuba. This form of travel will still be allowed for American tourists accompanied by U.S.-based, authorized sponsors, like cruise ship operators."

Nearly every cruise line already sailing to Cuba has recently expanded their programs there, making a sudden change like this a large upheaval. Just Monday, Norwegian Sun returned to Port Canaveral for a repeat season of its popular all-inclusive Cuba sailings.

Cruise Critic has reached out to the Cruise Lines International Association (CLIA), the world's largest cruise industry trade association, for a statement regarding the potential effect that travel restrictions to Cuba will have on the cruise industry.

We cruised to Cuba in July, and reported on the voyage, its restrictions and its benefits.

Cruise Critic will be updating this story as more information becomes available.