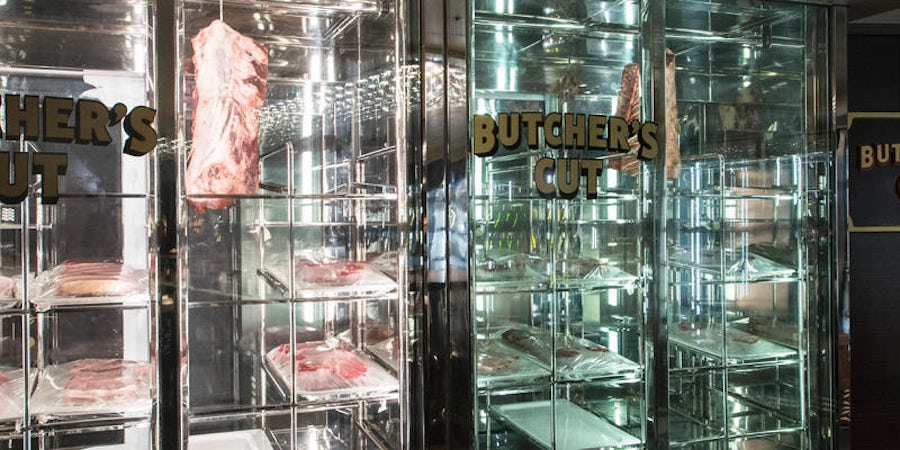 (3:55 p.m. BST) -- MSC Cruises has revealed that Butcher's Cut speciality restaurant will debut on three ships from May 2019, including the line's MSC Preziosa, which spends a short season sailing out of Southampton from later this month.

MSC Divina and MSC Fantasia will also get the popular restaurant fitted in May -- replacing Eataly onboard Preziosa and Divina, and Tex Mex on Fantasia.

Butcher's Cut currently features on MSC's Seaside and Meraviglia-class ships, including the line's newest ship, MSC Bellissima, which debuted in Southampton in March 2019.

The American-style steakhouse serves prime cuts of steak, including filet mignon, ribeye or 38-ounce dry-aged tomahawk (for two). There's also a selection of seafood on the menu, including scallops, halibut and salmon.

The menu is priced a la carte, though a dinner price fix menu is available for $39 per person and the kid's menu has a $12 set fee.

Antonio Paradiso, MD MSC Cruises UK & Ireland, said: "Following feedback from our guests we are delighted to be adding a Butcher's Cut to further enhance dining choices on MSC Preziosa.

"The restaurant on other ships in the fleet has proved very popular with our British & Irish guests therefore it is a perfect edition to MSC Preziosa which will be sailing from the UK this summer season."

Earlier this year Cruise Critic revealed that MSC will stretch and "massively enhance" one of its existing ships ahead of a 2021 deployment in the UK. The line is yet to reveal the name of the ship, though it is likely to be MSC Preziosa.

The 3,502-passenger ship will offer 10 sailings out of Southampton between April and September this year.