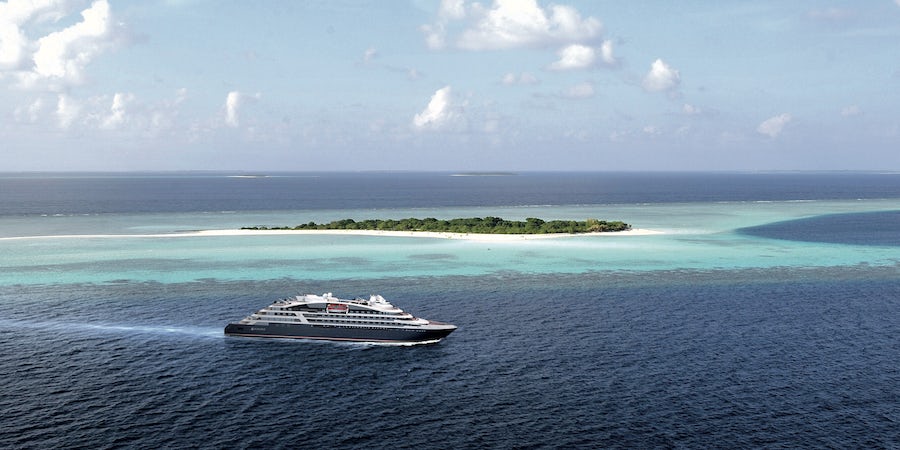 The line's building boom began in 2018, with the debut of Le Laperouse. That 184-passenger ship -- the first of six Explorer-class expedition vessels -- featured the first Blue Eye Lounge, an underwater space for viewing marine life. It was followed by the launch of the identical Le Champlain in October 2018.

Ponant took possession of Le Bougainville on April 8, 2019, in Sovik, Norway; its maiden cruise leaves from Malaga, Spain. The official inauguration will take place on June 4.

Next for the line will be Le Dumont d'Urville, which sails its first voyage in August 2019. Two more Explorer-class ships -- Le Bellot and Le Jacques Cartier -- finish the series in 2020.

In addition, the line is building an electric hybrid expedition ship, Le Commandant Charcot, coming in 2021. It will be powered by environmentally friendly Liquified Natural Gas (LNG) and be built specifically to sail polar regions.

The rapid expansion means that by 2021, the fleet will have expanded from five ships to 12.

Part of the growth has been fueled by Ponant's ongoing -- and growing -- partnership with river cruise operator Tauck, which uses the vessels for full and partial charters. Other partners include luxury tour operator Abercrombie & Kent, Backroads and many alumni organizations, said Edie Rodriguez, Ponant's Americas Brand Chairman

Rodriguez also emphasized during the press conference that even though Ponant is a French company, its ships cater to the North American market in many ways.

"While we're proud of our French roots, we have evolved just like the cruise guests have evolved," she said, noting efforts such as ensuring the crew onboard its ships is bilingual, and announcements are generally made in only English and French.

Outside Ponant's expansion, the line is also excited about its Quintessential Collection of cruises, special sailings focusing on a theme that are geared toward American cruisers, Rodriguez said.