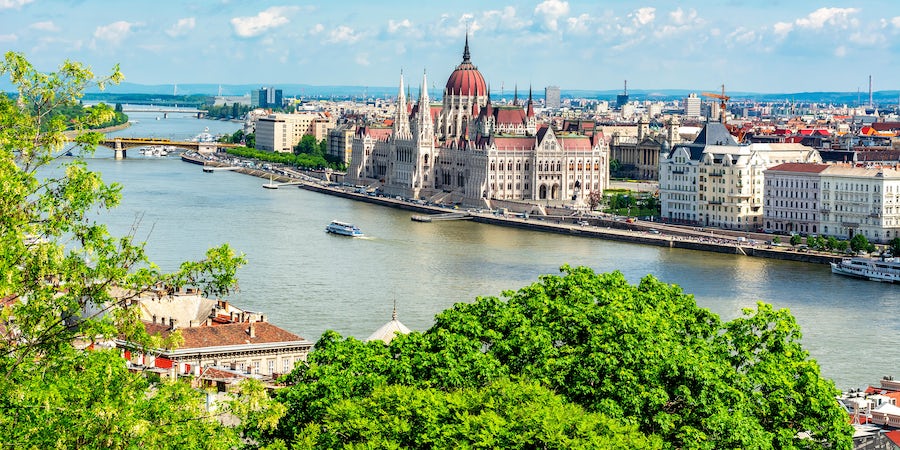 River Cruising in 2019: What Do Water Levels Look Like?

Editor's Note: Due to record-setting high temperatures and a lack of sufficient rain in Europe this summer, water levels on several rivers -- including the Rhine, Danube and Elbe -- are low. This has resulted in the alteration of several river cruise itineraries.

While river cruising is a delightful way to explore various regions of the world, the flow of the trip can be disrupted when unpredictable water levels affect your sailing.

In fall 2018, drought conditions in Europe caused many sailings on the Danube and other rivers to be adjusted because of some of the lowest water levels in history. While the trips still went on, the water levels on the river were too low for most ships to sail the full length, causing ship swaps, partial bus tours or outright itinerary changes from one waterway to another.

So what does the 2019 season look like and how are lines preparing?

Typically, the highest water levels occur during the spring months as ice and snow melt from the neighboring mountains. If the river rises too high, ships can't get under low-lying bridges. During the height of summer, some rivers are more likely to experience lower water levels; the Elbe is one river that is particularly susceptible.

Last year, the Danube was particularly affected by low water levels causing many sailings to take detours or adjust the itinerary with more land-based options from ships that remain docked in port. What may seem like a few mere inches can be incredibly vital to the safe operation of a river ship as it can affect the passage beneath bridges or the scraping of the hull against the river bed.

The European Flood Awareness System (EFAS) provides an overview of the likelihood of high or low flows within the next two months in a region by linking seasonal meteorological forecasts from the European Centre for Medium Range Weather Forecast (ECMWF) with the hydrological model of EFAS. They do regular updates for the upcoming two months.

According to an EFAS spokesperson, "extreme low river flows for Europe in the months of April and May are unlikely."

"None of the river basins you mention are currently experiencing or are predicted to experience an unusual low flow situation in the coming month," the organization replied to specific questions about the Rhine, Danube and Rhone.

It is hard to accurately predict if your sailing will be able to complete its full journey until a few days beforehand. A decision may sometimes only be available hours before departure and is made by a team of experts employed by cruise lines and local authorities.

Experts must monitor rainfall and mountain runoff throughout the season to make the right call when it comes to when and where to sail.

The European river cruise season has already begun for many lines, particularly those with Dutch Waterway itineraries. By mid-April, most river cruise lines will have ships out on the water, making their regular sailings.

Managing director of Avalon Waterways, Pam Hoffee, says while the nature of rivers is to ebb and flow, last year’s low water levels were historic. “We have no reason to anticipate water level issues in 2019,” she adds.

Speaking at the naming of Viking’s seven newest river ships in Basel, Switzerland, Viking Cruises Chairman Torstein Hagen, commented that, “bad things can happen, but I think this year, the Alps are full of snow.” He added that high water is easier to deal with than low water because low water lasts longer and that last year’s draught was the worst in 123 years.

Rudi Schreiner, president and co-founder of AmaWaterways, remains equally optimistic. “The low water levels on certain parts of the Rhine and Danube rivers in 2018 were very unusual – the last similar situation on the Rhine occurred in 2003 – 15 years ago. In contrast to 2018, 2017 was an almost perfect sailing year with no disruptions.”

AmaWaterways enjoys a strong reputation when it comes to managing customer expectations during potential disruptions. Schreiner adds: “While we cannot predict Mother Nature, we have never disappointed our guests by canceling a cruise.”

Jayne O’Brien, managing director, Scenic Group USA, reiterates the same idea that it is never something that can be predicted far in advance. “Our Space Ships on the European waterways have been built to near identical specifications so if a sailing is unable to get past a certain point due to low or high water issues, we can often switch our guests between Space Ships that are halted on either side of the blockade.”

What Can You Do to Prepare?

*If you’re curious of the conditions for major rivers, many cruise lines detail updated information online.

Viking has an Itinerary Update page

with any potential notices and how they make affect upcoming trips. Emerald Waterways lists

with specific sailings that may be affected.

*Look into travel insurance that covers trip disruption due to weather issues like water levels, but check with your cruise line to see if you are already covered through their own guarantee. Emerald Waterways and Scenic are known for their

that cover refunds for any weather delays or cancelations on your itinerary.

*A bit of flexibility can go a long way into making the most of any river cruise sailing. While taking a bus to see some sights instead of sailing to a closer port is inconvenient, the lines do what they can to make sure that you still have an excellent vacation and see the major sites.