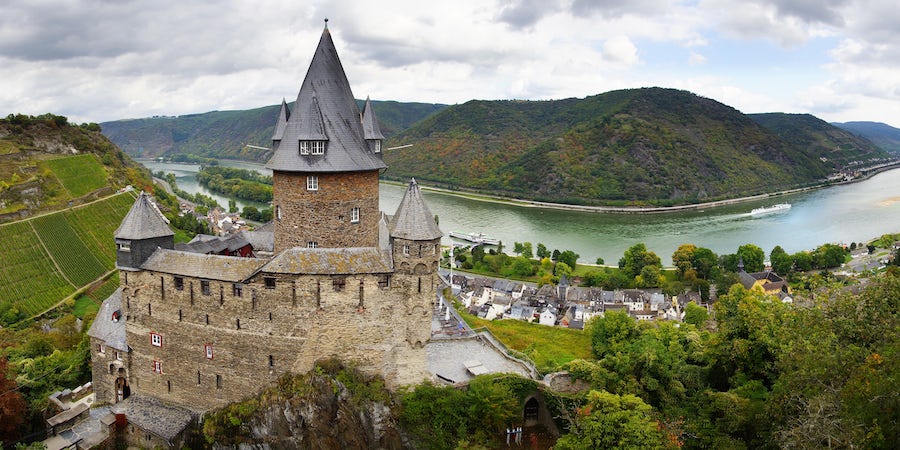 The groundbreaking 140-cabin vessel, scheduled for delivery in spring 2021 and with a sister ship planned for 2023, is being designed specifically for family and multi-generational cruises. The new generation ship will also have large family cabins -- some sleeping up to five -- a dedicated kid's club, separate children's pool next to a large swimming pool on the sun deck, and an area set aside in the restaurant if youngsters want to eat together with their siblings and friends.

The German-owned line, which offers English-speaking cruises, was one of the pioneers of family-friendly itineraries. On all cruises youngsters aged 15 and under travel free, and during the school holidays there is a ship in each of A-Rosa's sailing regions that has a children's club, which is a rarity on river vessels.

The ship will also feature a separate suite area with six suites. In addition, all double cabins will have a balcony with seating for two people. There will also be an enlarged spa and wellness area with sauna, whirlpool, gym, ice room, heat-bench and various treatment rooms.

The ship will be equipped with battery propulsion for emission free sailing in and out of ports of call and "air bubble" technology to reduce fuel consumption. It will also be the first river ship on the Rhine with four decks -- the majority of other ships have three.

The "E-Motion" concept will allow the ship to switch to battery power when approaching a destination and arrive emission-free. Like all other ships in the fleet, it will be fitted with a shore power connection, meaning the battery can be charged overnight and allowing the ship to depart from the city in the same way.

Lucia Rowe, managing director of A-Rosa River Cruises U.K. and Ireland, said: "This new ship really is a prototype on Europe' rivers and something we haven't seen before. We want to attract the growing multi-generational sector and encourage a much younger audience to consider river cruising as a family holiday choice. We have taken a tailor-made approach with this ship, building in line with what the river can accommodate and creatively offering more space for more experiences which is what today's families want."

Jorg Eichler, CEO and shareholder of A-Rosa Flussschiff GmbH added: "With 140 cabins, a length of 135 metres, a width of 17.7 metres plus a fourth deck, this ship enables us to offer more space than ever before. At A-Rosa we have been setting new standards for the industry for many years, we always want to be different and this new ship allows us to continue to do just that."

The ship, which will be built at Concordia Damen Werft shipyard in the Netherlands, will sail primarily on the northern Rhine, departing from Cologne and calling at Amsterdam, Rotterdam, Bruges and Antwerp.